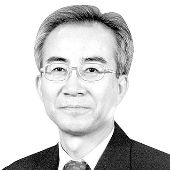 The author is a professor in the Criminal Justice Department at California State University Bakersfield.


After the federal government of the United States issued a face mask mandate for public spaces early last month, governors of eight states including Texas protested the order, calling it a serious infringement on individual citizens’ freedom and rights. It was based on the idea of civil rights that they can refuse a national policy for public safety and good, if it deems an excessive restriction of the rights of individuals.

Recently in the United States, people rarely wear face masks in outdoor spaces. Mask mandates for indoors is only imposed on key facilities such as hospitals. While watching the evening news, I saw a soccer game in which Son Heung-min successfully scored a goal. It was surprising to see that tens of thousands in the audience were cheering without face masks. People who completed their two shots of vaccination were enjoying the game.

I recently visited Korea for three weeks. Various administrative orders from the government — including mask mandates for outdoor and public spaces and tough restrictions of private gatherings and restaurant access — were being implemented. I had to register my identification with a mobile phone wherever I went. Although the restrictions for Covid-19 amounted to those of a socialist country, the people were following them without protest. 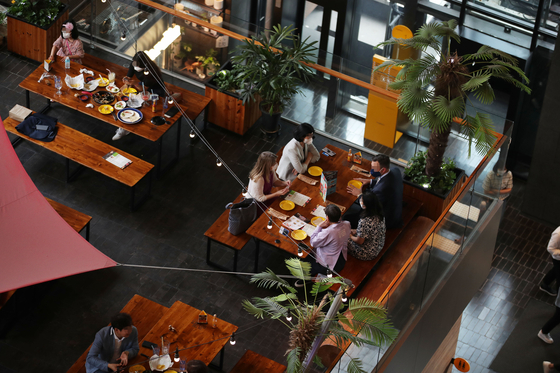 I visited a restaurant with my parents-in-law, who were 90 years old. Only a few places were open, and there were not many guests. Because we were a party of five, I presented an official document that we were family members and asked to use two separate tables. Although the restaurant was empty, we were denied.

During my trip, I also wanted to meet my mother, 93, in a nursing home, from through a window. I presented a certificate to the nursing home to prove that I was fully vaccinated and a recent Covid-19 test result that I tested negative, but I was denied access.

I had strong doubts. Although the Moon Jae-in administration was meticulously intervening in and controlling the people’s privacy, the fourth wave of the pandemic is showing no signs of diminishing. The statistics announced by the Korea Disease Control and Prevention Agency also seems suspicious.

When you enter the United States, you only need to submit a Covid-19 test outcome that you were tested negative within the past three days. That’s acceptable as it’s based on science.

Although each country has their own way of countering the pandemic, the best way is securing effective vaccines quickly and completing inoculation of the people as soon as possible. In America, after Pfizer and Moderna developed vaccines in early March, most of the people who wish to be vaccinated completed their shots in July. Britain also completed the process quickly by developing its own vaccine and introducing U.S.-made ones.

Israel, which cannot produce its own vaccines just like Korea, made a quick policy judgment and speedily secured the required doses and completed vaccination. Many people are living a normal life without many restrictions although new variants are spreading.

It became clear that a government’s accurate assessment of the situation, timely policy judgment, speedy purchase of vaccines and inoculation were the best response to the pandemic. And yet, the Moon administration was intoxicated with the “K-style” social distancing measures and failed to secure vaccines and administer the shots in time. It is still restricting self-employed businesses.

The government’s disease control and prevention policy is also inconsistent and lacked concrete basis and principle.

Although Koreans have kept a long tradition of cooperating with the government policies, their patience will soon run out. Before a stronger resistance starts in the society, the administration must admit that its policy was faulted, and quickly secure effective vaccines as soon as possible to increase vaccination rate. It must minimize unnecessary regulations and controls and present gentle plans to guarantee the people’s civil liberty and human rights.

The devil is in the detail