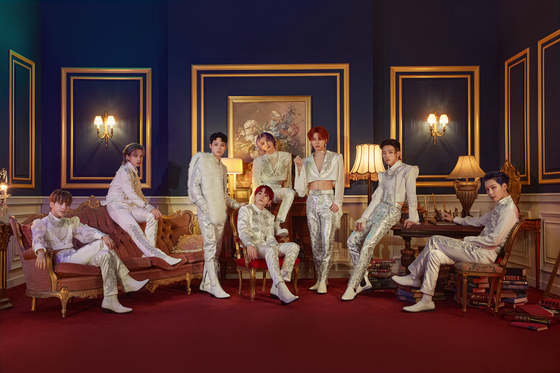 It's also the first time E'Last is back as a complete eight-member band since its debut EP “Day Dream” released in June of last year. Member Wonjun was unable to participate in "Awake" due to his schedule as a host on the EBS children show “Tok!Tok! Boni, Hani."

But that does not mean that E'Last has been any less active. In May, the band met audiences through its subunit E'Last U, consisting of members Choi In, Seungyeop, Romin and Wonjun. Romin also released a solo song titled “Starlight” in June for the original soundtrack of the web series “So I Married an Anti-fan” (2021). In addition, the band starred in standalone reality show “E’Last Superhero” which aired through September on Mnet’s Digital Studio M2.

But in a recent email interview with the Korea JoongAng Daily, the members of E'Last said they feel best when all eight of them are together. 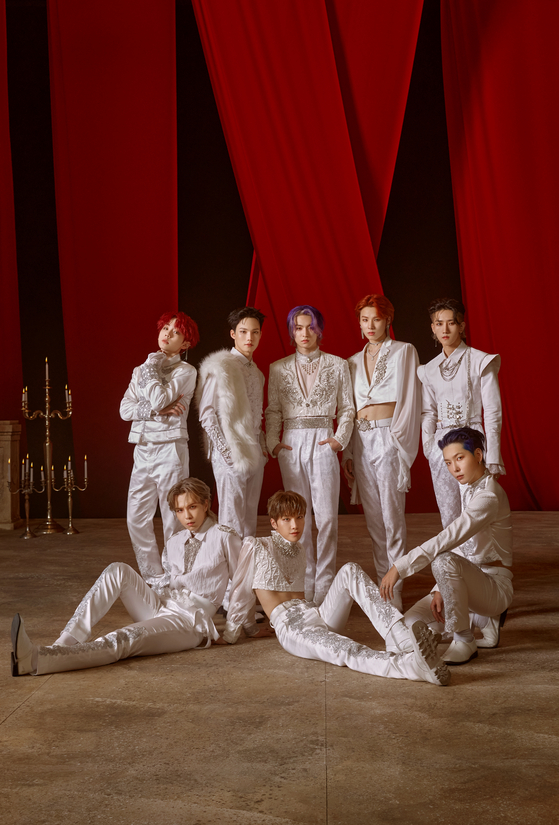 
The band expressed its excitement to be back as a whole.

“I believe E’Last shines the most as a team of eight," the boy band said. “We’ve been scattered apart because of individual television appearances, music projects and the subunit's activity. But we are back together now and prepared our new EP with a refreshed excitement. Listeners will be able to feel the energy from all eight of us in this release."

The EP consists of three tracks, “Dark Dream,” “Muse” and “To. Lie.” The title song “Dark Dream” is a dramatic number with a powerful beat and orchestral accompaniments that tells the story of an ill-fated relationship. E'Last has often used orchestral sounds in their dance tracks to maximize the sense of drama and also add a touch of sentimentality.

The boy band shows off its wide range of music style with the other songs on the EP — 90s R&B-style number “Muse” and the upbeat teen pop track “To. Lie.”

As seen in teaser videos released so far, the stage performance for “Dark Dream” will incorporate choreography using red ropes, presenting dramatic imagery that lives up to the song.

A scene from the teaser video for ″Dark Dream″ [SCREEN CAPTURE]


“Our songs have been telling a coherent story,” said E’Last. “In ‘Day Dream,’ we sang about the beginning of a conflict, and ‘Awake’ was about an epiphany. Now, in ‘Dark Dream,’ we sing about fate and how it does not let us be with who we want. I think our lyrics that reflect this storyline, as well as our dramatic melodies, make our music original. I hope fans also stay tuned to how our story continues.”

The band said it also put in extra effort for their aesthetics this time. They have appeared in teaser videos with lavish costumes and luxurious accessories themed after European aristocrats, with some twists.

“We’ve been dedicated to a chic and luxurious aesthetic since our debut, which also suits the ambience of our music,” the band said. “We have been releasing songs that have a dreamlike and sentimental feel to them, so we’ve been working hard to come up with a visual presentation to match that.”

“The filming itself was just one day and overnight, but it was a great experience,” said the band. “Shooting our own reality show made us confident that we are ready for any entertainment show. We especially want to appear on the popular JTBC show ‘Men on a Mission' in the future. Through ‘E’Last Superhero,’ we could see that each member has a distinct sense of humor as well as unexpected sides to them, and we want to introduce those sides of ourselves to more people.”

E’Last has somewhat of an age gap among its members, with birth years ranging from 1996 to 2002. Members shared some insight about the age gap. 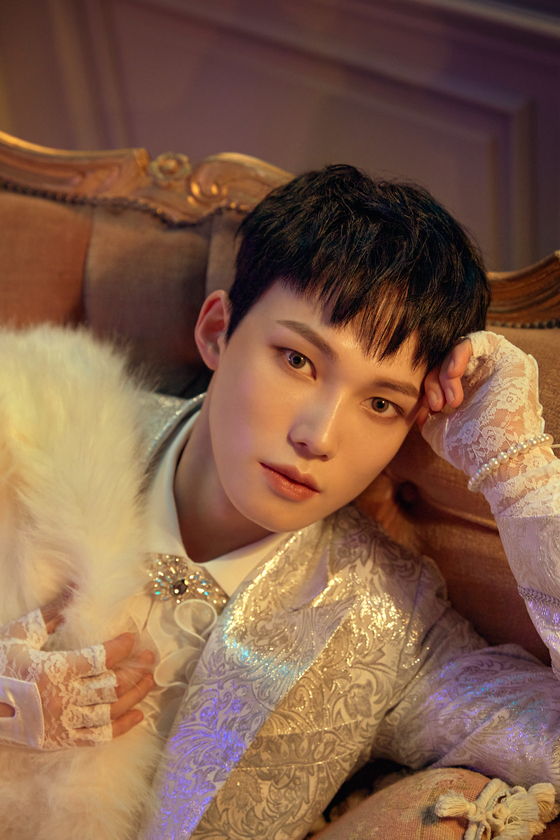 
“The younger members use a lot of new lingo and I don’t know what they mean,” said 24-year-old Seungyeop, the second eldest member in the team. “So I often ask the youngest members [Won Hyuk,Wonjun and Yejun who were born in 2002] to explain the meanings.”

But overall, the difference in ages has created a family-like bond.

“Older members are so kind and caring toward us, they feel like my older brothers,” said member Won Hyuk. “So we haven’t had trouble connecting with each other because of our age differences. We have fun hanging out just by ourselves.”

Won Hyuk, along with fellow member Wonjun, is also known for appearing as a contestant on Mnet’s “Produce X 101" (2019), the fourth season of the hit “Produce” audition series. 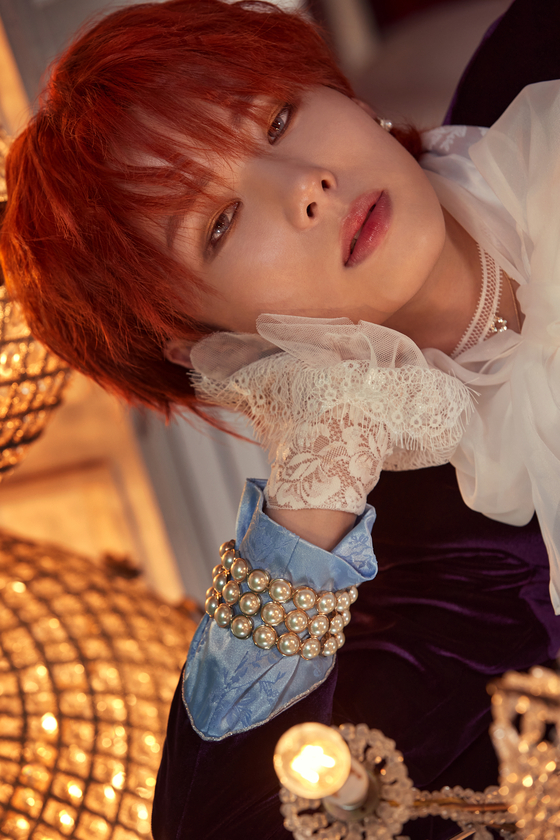 
Members concluded the interview with what they want to achieve through “Dark Dream.”

“We want the audience to see us and think, ‘that group works really hard on stage, and also has its own unique color,” said the band. “We’ve always aspired to be 'all-rounder idols.' We are ready to show how we have leveled up our visuals, music and stage performance."