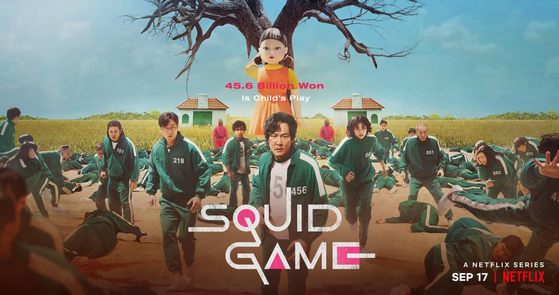 
Netflix shifts revenue out of Korea to a Dutch subsidiary in order to lower taxes paid in Korea, according to a lawmaker.

It does so as it dominates in the local streaming market and cleans up internationally with the locally-made series like “Squid Game.”

Independent Rep. Yang Jung-suk said in a report that Netflix generated 415.4 billion won ($350 million) in revenue last year in Korea. It paid 77 percent of that to Netflix International, a Netherlands subsidiary wholly owned by the parent.

As a result, Netflix only paid 2.1 billion won in Korean taxes.

The lawmaker said that Netflix Korea is paying hefty commissions to the Dutch company. In the financial statement the company filed locally, it disclosed a payment of 320.4 billion as a "Netflix Group commission" and another 16.6 billion listed as “other” to the company in the Netherlands.

Netflix declined to comment other than to say it has "faithfully paid taxes as required by law.”

Companies operating internationally will often shift costs from a high-tax jurisdiction to one with lower taxes, and the Netherlands is a favored destination for revenue. The country has tax treaties with many other countries and treats certain types of income favorably.

Cross-border intracompany charges are not in and of themselves illegal and are very often a necessity of doing business internationally, but they can be abused, with companies seeking to move revenue to where it will attract the least in taxes.


Netflix Korea’s cost of sales ratio — a financial ratio that compares a company's expenses generated by sales to its revenue — is 81 percent, 20 percentage points higher than in the United States. The company’s operating margin was 2.1 percent in Korea and 18.3 percent in the U.S.

Commissions paid by local Netflix operations to the parent are not fixed but are negotiated on a case-by-case basis.

Allegations against Netflix Korea first arose when regulators earlier this year ordered the company to pay 80 billion won of tax, following an investigation that took place from August last year to April this year. The National Tax Service (NTS) also fined the company 223.2 million won because it refused to release files necessary for the probe.

Netflix appealed the NTS’s decision, saying it will “get a second opinion on the legality of the order.”

Since 2020, Netflix has been accused of funneling profits from its international branches into the Netherlands from countries such as Britain and Spain. Tax Watch UK reported in January 2020 that Netflix moved between $327 million and $430 million to the Netherlands in 2018.

“Netflix is seeing an increase in both revenue and company value thanks to the success of Korean content, which means it must fulfill its duty in Korea,” Rep. Yang said.

“The regulators must promptly come up with measures against the audacity of reducing tax by transferring revenue generated in Korea to its headquarters, while at the same time refusing to pay its network usage fees.”