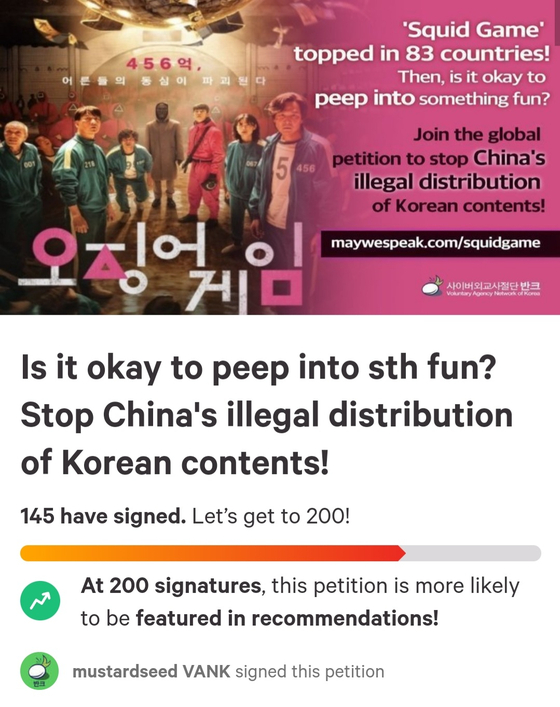 
The Voluntary Agency Network of Korea (VANK) started a petition to condemn the rampant online piracy of Netflix Korea’s “Squid Game” in China, the civic organization announced on Thursday.

VANK was founded in 1999 with a mission to promote Korean culture and history online.

The series is also proving popular in China via illegal downloads, as Netflix is not available in China. “Squid Game” is one of the most frequently searched keywords on China’s search engines, with 1.7 billion searches on Weibo as of Monday. 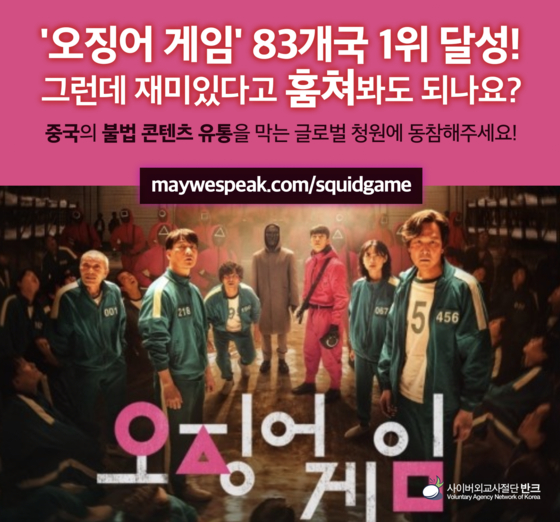 
On social media platforms, VANK is distributing an image that features a promotional image for “Squid Game” with cations that read, “'Squid Game’ topped in 83 countries! Then, is it okay to peep into something fun? Join the global petition to stop China’s illegal distribution of Korean contents!” in Korean and English.

The image also shows the website address of VANK’s petition. Under the petition, VANK demands that the National Copyright Administration of the People's Republic of China and the Chinese Ministry of Public Security stop illegal distribution and punish those responsible.

“Squid Game” has been illegally distributed through at least 60 Chinese websites so far, according to Korean Ambassador to China Jang Ha-sung on Wednesday.