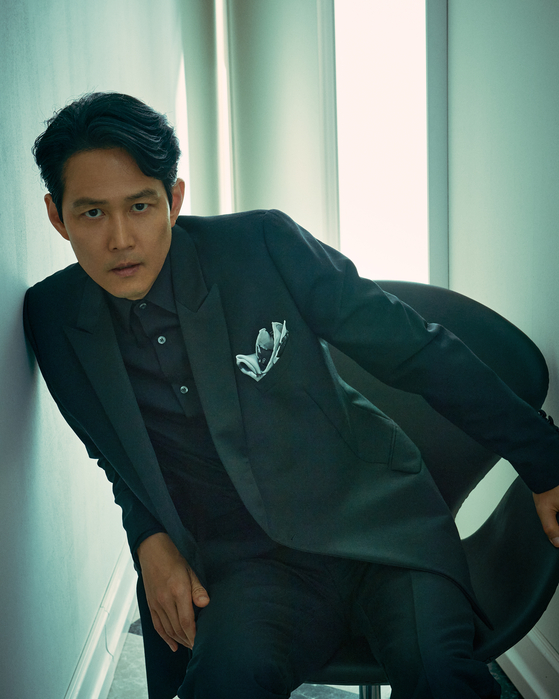 
Actor Lee Jung-jae is showing some new acting chops on the Netflix hit “Squid Game.” Lee was looking for something new after too many villain roles.

In “Squid Game," Lee plays Gi-hun, who has lost his job, lost his wife in a divorce and lost money in gambling. He doesn’t have a regular job and wears questionable combinations of clothes.

While fans are digging Lee's performance, they also have welcomed actor Park Hae-soo, who is something of a new face on screens after a career mostly on the stage.

Park plays Sang-woo, who grew up in the same neighborhood as Gi-hun and went to Seoul National University. After working in finance, he lost a chunk of change and ended up joining the Squid Game.

The two actors sat down for an online interview with the JoongAng Ilbo, an affiliate of the Korea JoongAng Daily, last week to talk more about the series and their characters.


Q. How different is this role from other recent roles?

A. Lee: As I grow older, I am only offered roles that have to show strong personalities, or villains. I was contemplating whether I could show something new to the audience, I was offered the role of Gi-hun by director Hwang Dong-hyuk. I thought, I would like to play an everyday man that anyone can see anywhere in their daily routines. I was so pleased to get an offer from the director, and I was even more delighted with the role I was offered.


Do you think the tone of your acting was different?

Lee: When I first saw my acting, I laughed so hard questioning whether that really was me. I felt like I threw away a lot of things. Some facial expressions I rarely show in life were shown. I do remember that I did make such faces a long time ago in my acting, but not recently. So I laughed.


What was the most difficult part?

Lee: In fact, acting very mundane everyday moments are the most difficult. What I do has to be natural, and there are some points where I need to look like one of those mundane people the audience sees in their everyday life. When I first got the script and started practicing, I felt very uncomfortable. That felt so weird for me. I was basically asked to do what I do daily, and what I do naturally, but what I was acting seemed so unnatural. I guess it took time to practice until I synced things up. I had to go back and forth between the actions that were very much routine and some things that were so extreme. The director told me that I already have all the traits in me and encouraged me to show just a little more.


Was there any particular scene that was hard to do?

Lee: There is a scene where I had to lick things as I played the dalgona game. I wasn’t sure if I had to go there and do that. But for your own survival, it made sense. I think.


You have earned the image of an actor with a good look. Isn't it a problem to do something that may make you look ugly?

Lee: I really look ugly now. (Laugh) Those who saw me wearing a cap in the show told me I really looked bad with that cap and why on earth did I wear that particular hat. But as an actor, I don’t think I have ruined my image in any way. Because I am an actor, I try different things, and that was something essential to make Gi-hun real. I never thought I was ruining anything when I was preparing for a shoot and when I was actually shooting. I think [the crew] had a lot to think about in terms of what outfits I should wear to play the character.


Tell us what you did to play Sang-woo.

Park: I met with people who graduated from prestigious universities. My character is insecure and feels restless when he doesn’t get to be in the top place. I wanted to know more about the kind of insecurity that people who went to good schools may have. I met with some people to interview.

What was it like to play a scene where you have to betray others?

Park: I shouldn’t sympathize, but since I personally like the actor who played the other character, I was really hurt. I was supposed to sympathize with the idea that I need to push others to have myself survive, but it felt complicated. 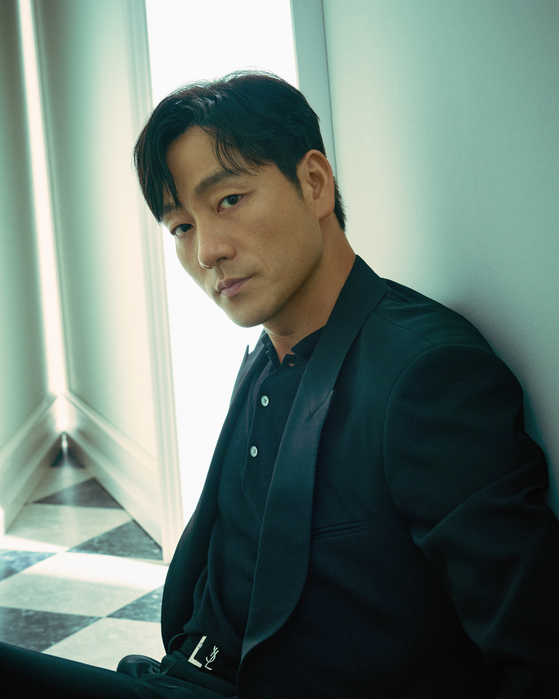 What was the relationship between Gi-hun and Sang-woo?

Park: My character was able to become a member of the elite and be the best in what he does and make money. But he was never able to develop a down-to-earth personality and other easy-going traits Gi-hun has. He was jealous of that and such emotion kept him from keeping his distance from Gi-hun.