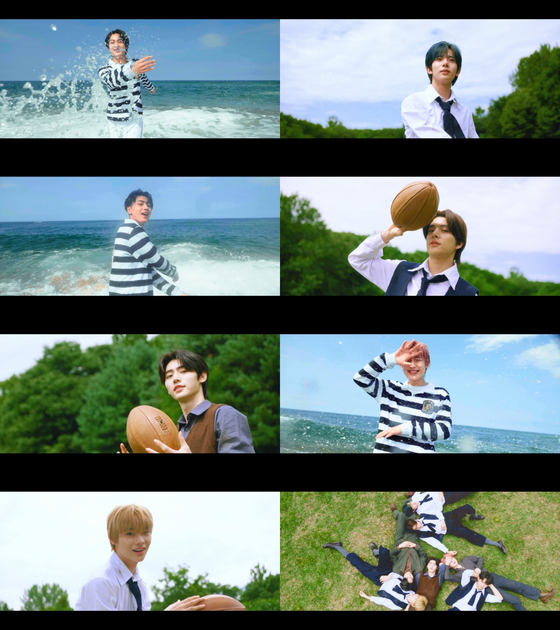 In the teaser, the seven members are shown playing with a rugby ball and splashing in the water at the beach on a bright, sunny day.

“Dimension: Dilemma” is the first of the “Dimension” series, about being confused about one’s own identity and dealing with temptation.

It follows the band’s previous “Border” series, which consisted of two EPs.

The lyrics of “Tamed-Dashed,” the lead track, are about the dilemma of whether one should be “tamed” by temptation, or “dash” away from it.