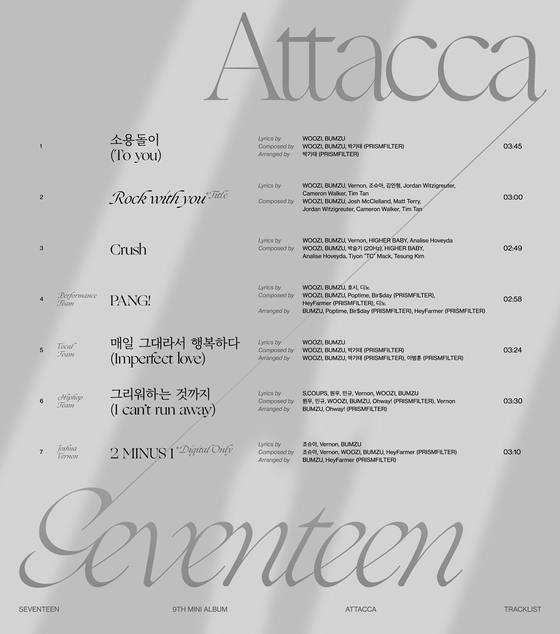 
The lead track of Seventeen’s upcoming EP, “Attacca,” is titled “Rock with you,” the boy band announced on social media Friday.

According to the band’s agency Pledis, “Rock with you” is a rock song with strong synth and guitar sounds. Members Woozi, Vernon and Joshua wrote the lyrics while Woozi also composed the song.

“2 Minus 1” is the band’s first English song and will be sung by members Vernon and Joshua.

Seventeen Attacca Rock with you