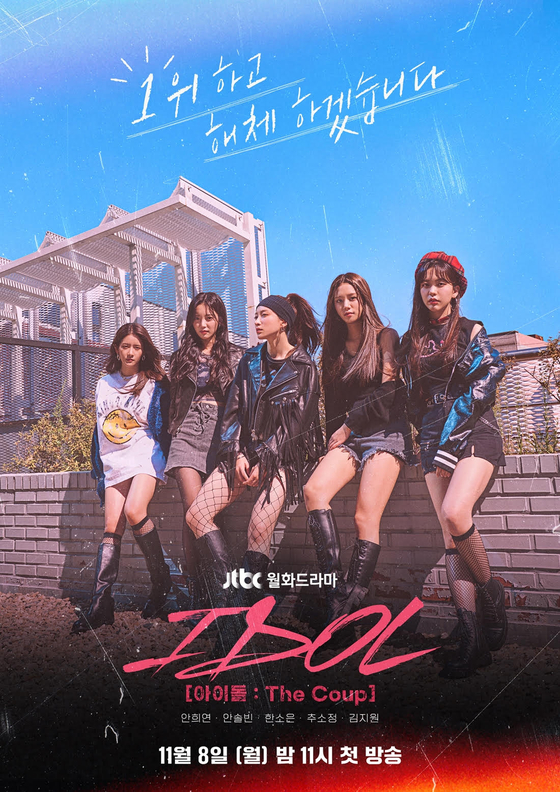 The poster for JTBC's ″Idol: The Coup″ [JTBC]


JTBC issued a promotional poster for “Idol: The Coup,” a new drama series, on Friday.

The series is about an unpopular K-pop group named Cotton Candy that must have a No. 1 hit before breaking up.

“The actors who play the members of Cotton Candy have great chemistry, making them seem like a real K-pop group,” said the production crew for the show. “’Idol’ is a show dedicated to the youth these days who are facing hard times.”

“Idol: The Coup” will air on Mondays and Tuesdays on JTBC at 11 p.m.