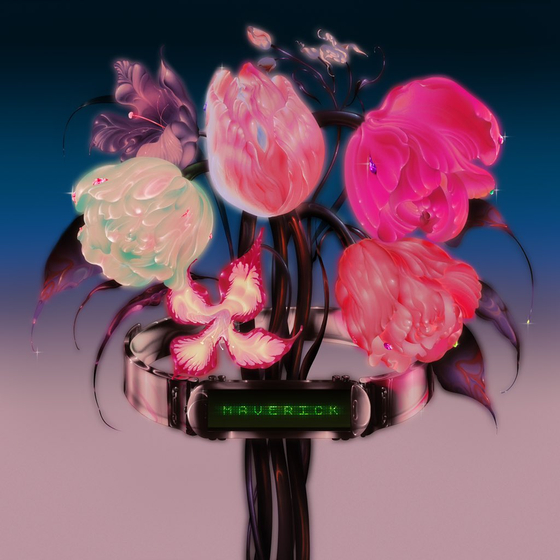 The image for The Boyz's new single ″Maverick″ [CRE.KER ENTERTAINMENT]

The band uploaded an image of the artwork for the upcoming single on its social media accounts.

The image shows a bouquet of flowers inside an electronic choker with the word “Maverick.”

The single will be released about three months since The Boyz released its last EP “Thrill-ing” in August. For the week of Aug. 8, the EP was No. 1 on the Gaon chart.

The Boyz debuted in 2017. The group competed in Mnet’s music competition program “Road to Kingdom” (2020) along with other boy bands like Pentagon, Golden Child and ONF, and finished in first place.