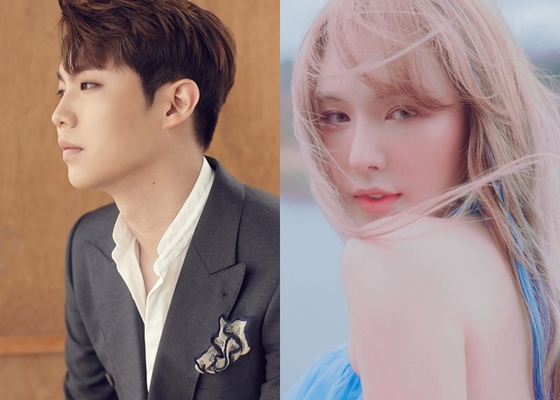 
Singer Son Tae-jin of the crossover quartet Forte di Quattro will drop a duet with Wendy of girl group Red Velvet on Oct. 29, according to his agency Mystic Story.

Son revealed the news through a livestream birthday party, which he celebrated with his fans via Mystic Story’s YouTube channel on Wednesday evening.

Son debuted as a member of the winning team Forte di Quattro on JTBC audition show “Phantom Singer” in 2016 and debuted solo with his single “Close Your Eyes” in 2018.

Son and Wendy’s duet will be released at 6 p.m. through local music streaming services.