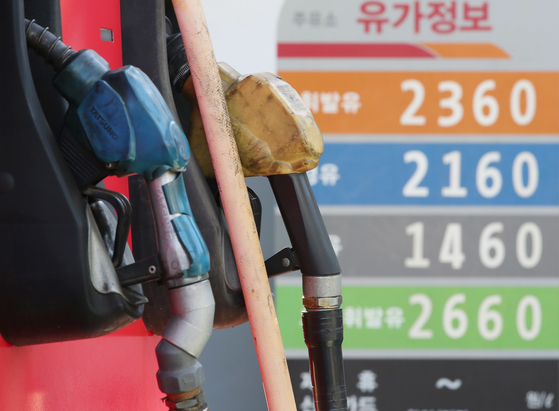 Kang Ki-heon
The author is an industry 1 team reporter of the JoongAng Ilbo.

A cold winter is approaching. The winter of 1973, when crude oil prices surged, was similar to this year.

“The night of Nov. 28, 1973, the streets of Seoul were especially dark and quite. Seventy percent of the neon signs in downtown Seoul, such as Myeong-dong, Mugyo-dong, Chungmu-ro and City Hall, were turned off. At around 7 p.m., Kepco vehicles drove around the allies and asked people to conserve energy. Lights were off in downtown buildings and there were fewer people on the streets. Many households could not buy oil for their oil stoves and bought briquette stoves instead,” reads “The Republic of Korea in Records” by the National Archives of Korea.

This winter will not be comparable to the situation 48 years ago, but it is sure to be harsh. International oil prices have been rising steadily, now at over $80 per barrel, the highest price in seven years. The price for LNG has more than doubled from last year, more than four times from the beginning of this year. The import price for LPG recorded $800 per ton this month, up $305 from $495 in May. As fuel consumption for heating increases in winter, international energy prices are expected to rise significantly.

The government’s move to cut the fuel tax means that the international energy market is unstable. The government promoting a nuclear phaseout resumed the Hanbit nuclear reactor that stopped last year, and it is not unrelated to the energy crisis this winter. There is another adverse factor. The Korea Meteorological Administration expects this winter to be colder than normal.

The crisis is ahead of us, but President Moon Jae-in hasn’t weighed in. The president had the time to complete the flight training for an FA-50 test flight, but didn’t have time to stop by at a gas station near the Blue House. On Oct. 20, the day the president had the test flight, the average gasoline price in Seoul was 1815.18 won per liter, exceeding 1,800 won. He made the time to visit the Nuri launch site in Namhae, but didn’t have the time to check prices at a downtown supermarket. The domestic producer price index has been making records for six consecutive months.

The president is visiting Europe for nine days from Oct. 28. According to the IATA, the average price of international jet fuel was 98.04 dollars per barrel as of Oct. 15, also the highest in seven years. I hope President Moon realizes that the harshest winter ever is approaching.