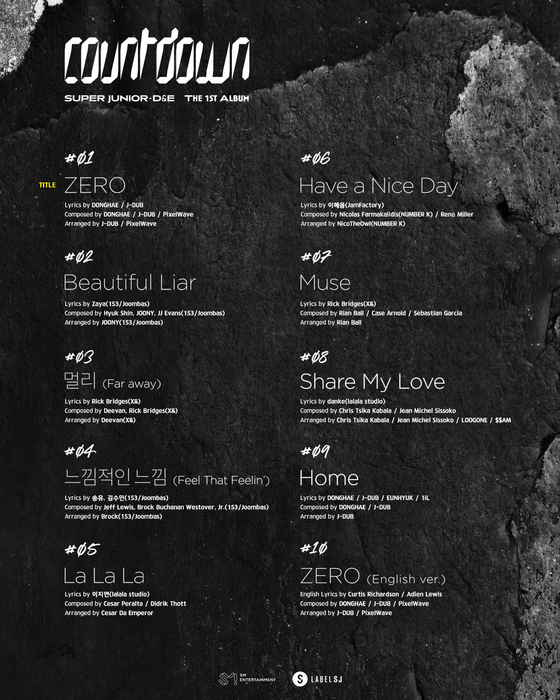 
Super Junior D&E, a subunit of 16-year-old K-pop band Super Junior, began counting down to the release of its first full-length album “Countdown.”

Label SJ released the track list of the upcoming album on Wednesday. It will consist of 10 songs including the title track “Zero.” The label said “Zero” has been produced both in English and Korean, and both tracks will be included on the album.

Another song “Beautiful Liar” on the new album has also been garnering attention after member Eunhyuk released a performance video on his YouTube. Super Junior D&E debuted in 2011 with two Super Junior members Donghae and Eunhyuk.

The album drops at 6 p.m. on Nov. 2. An hour prior to the release, Super Junior D&E will begin a live “Countdown” event on YouTube to communicate with its global fans.