Not only is this trend creating a new narrative for female characters, but it is also being credited for attributing to the dramas’ quality and popularity.

While in the past female characters were usually portrayed to be passive supporters next to male leads, these new leads have completely broken those stereotypes. Female actors are appearing as strong, independent characters with their own professions such as police officers, prosecutors and even a park ranger.

This comes after the “womance” trend seen in past dramas, like tvN’s “Search: WWW” (2019), SBS’s “Good Casting” (2020) and tvN’s “Mine” (2021). Womance is a portmanteau of “woman” and “romance” and depicts purely platonic relationships between women who provide strong emotional support to one another. These shows were all about female empowerment; a group of women who stuck up for each other. 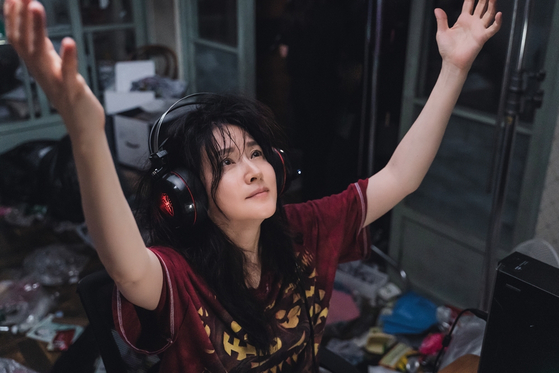 Lee explained that she thought her character Kyung-yi would help bring out new sides to her as an actor. [JTBC]


Kyung-yi, who is all about alcohol and games, has been living like a hikikomori, a Japanese word meaning people who live as recluses, ever since her husband’s death. She doesn’t care about her appearance and in the series solves a series of murders.

“The script kept coming back to me after I read it the first time,” Lee said at a press conference for the show on Oct. 29. “I chose to do the show because I thought it would be fun to shoot. Being an actor means taking roles that show newer sides of yourself. I knew this show would help me try out things I’ve never done before.”

According to pop culture critic Jeong Deok-hyun, “Inspector Koo” is quite a unique show compared to others.

“It’s only just begun airing, but there are no major male leads, and even the antagonist K is a female [played by actor Kim Hye-jun]. Both the hero and villain are women,” said Jeong. “'Inspector Koo’ has shifted from the original way television dramas have used female characters and rewrote a brand new narrative for them.” 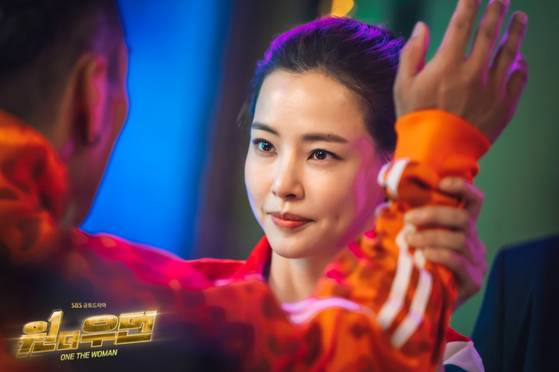 It's woman against woman in ″One the Woman.″ Lee Ha-nee is a successful prosecutor from a family of gangsters. [SBS]


SBS’s rom-com “One the Woman” shines the spotlight on Lee Ha-nee. Jo Yeon-ju, played by Lee, is a successful prosecutor who comes from a family of gangsters. Her life is turned upside-down when she wakes up from a coma caused by a car accident and is mistaken for an heiress. Yeon-ju then has to confront and get revenge on another heiress who mistreats her. The viewership rating is averaging 14 to 16 percent, according to data from Nielsen Korea, the second-highest viewed show after KBS2’s ongoing weekend drama series “Young Lady and Gentleman.”

“[‘One the Woman’] is a show that comically aims to teach the bad a moral lesson,” said pop culture critic Ha Jae-keun. “Usually stories like this would have a male lead with a female supporting role, but this show overturned that, as well as keeping the show funny and of high-quality. I think these qualities helped to establish a female core fan base.” 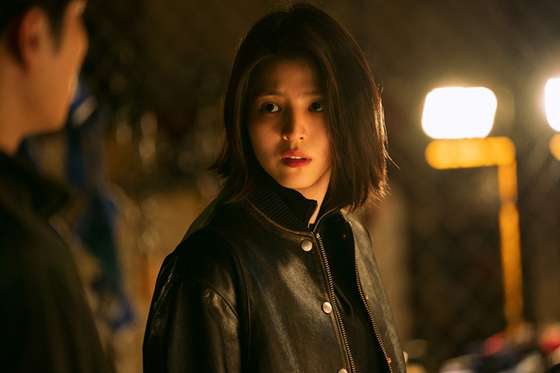 Han So-hee was praised for her outstanding acting and action scenes in Netflix's ″My Name.″ [NETFLIX]


Netflix’s original crime thriller drama series “My Name,” which shot up to No. 3 on the streaming platform's Top TV Shows from Oct. 20 to Oct. 22, put Han So-hee in the limelight. Han’s character, Ji-woo, enters a drug cartel that her father belonged to before he was murdered. Han was praised by viewers for her top-notch acting and action performance, relatively uncommon comments for a female main character.

Finally, Jun Ji-hyun plays Seo Yi-gang, the top park ranger of Mount Jiri in tvN’s mystery drama series “Jirisan,” where she must get to the bottom of mysterious occurrences and serial killings that happen in the mountains. She is a strong-willed leader who works with junior ranger Kang Hyun-jo (played by actor Ju Ji-hoon).

Despite having a charismatic female lead, the show is seeing viewership ratings lower than expected — it fell from 10.7 percent to 7.9 percent, with comments from viewers saying that it is difficult to focus on the storyline because of awkward computer graphics and inappropriate product placements. 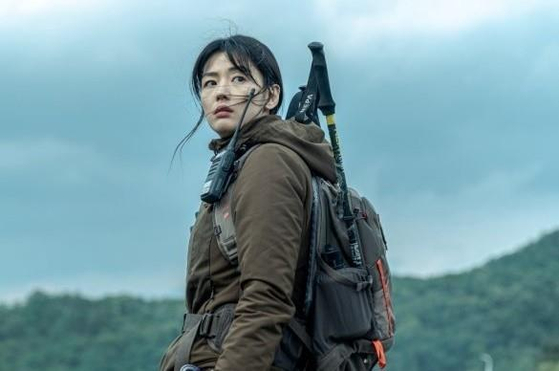 
“Now it’s decided whether a show is worth watching by how they draw the female narratives,” Jeong said. “Females aren’t confined to two-dimensional characters anymore. If shows were to still depict females passively, then they probably will have to say goodbye to female viewers. This isn’t just happening in Korea; it’s a universal phenomenon. Production crews are putting forward characters that fit with how society thinks today. We can expect this trend to continue.”