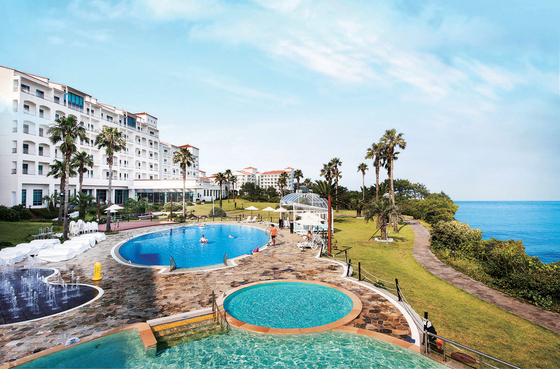 Kumho Resort, the resort operator under Kumho Petrochemical Group, is back on the upswing, as its quarterly operating profit surpassed 1 billion won ($846,000) for two consecutive quarters.

Though Kumho Resort was in the red until the first quarter of 2021, the profit showed an upward curve starting from the second quarter.

Kumho Resort’s current priority is to improve facilities, the company said. Resorts in Mount Seorak, Gangwon, and Hwasun, South Jeolla, completed renovations in July this year, and several more renewal projects are on the way.

Resort facilities in Tongyeong, South Gyeongsang, and Jeju Island are also going through makeovers which will wrap up by the fourth quarter, as well as Kumho Resort’s Asiana Country Club golf course.

Kumho Petrochemical Group declared earlier this year that it would make Kumho Resort one of its future growth engines. Though Kumho’s acquisition of the resort unit initially caused surprise in the midst of the Covid-19 pandemic, it has proven to be successful as profitability bounces back, Kumho Petrochemical said.

As the leisure industry is recovering from the pandemic, Kumho Petrochemical offers a positive outlook on Kumho Resort’s performance based on its improved fundamentals.