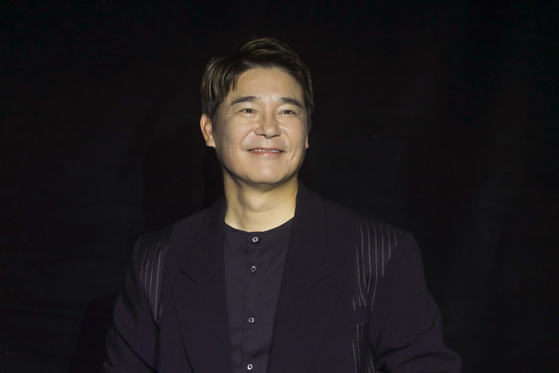 
Local media reports that singer Im Chang-jung, who tested positive for Covid-19 on Tuesday evening, performed during the wedding ceremony of actor Lee Ji-hoon on Monday in Yeoksam-dong, southern Seoul.

The singer tested positive for the coronavirus before he was set to feature in a television show to promote his 17th album “Nothing special with the day,” which was released on Nov. 1.

His agency Yes Im Entertainment said that Im will “halt all activities for the time being and focus solely on his recovery.”

Other celebrities who attended the wedding ceremony of Lee include singer IU and musical actor Son Joon-ho, who both performed.

Lee’s agency Jupiter Entertainment reported Wednesday that the couple and five managers who helped with the ceremony all tested negative.

“This ceremony was hosted privately with only family members and close friends in attendance in strict adherence with social distancing measures,” the agency said.

IU’s agency EDAM Entertainment said that the singer is planning to get tested.

“IU entered the wedding hall through a separate entrance that only staff use and left immediately after singing,” the agency said. “Her path did not overlap with Im.”

“Lee’s wedding consisted of two parts,” Son’s agency IHQ said. “In the first part, singers IU, Kai and Im sang in order all wearing masks. After an hour Son took to the stage and sang alone.”

IHQ went on to say that it received instructions from the Korea Disease Control and Prevention Agency that it wasn’t mandatory for Son to quarantine in line with the country’s “With Corona” policy.