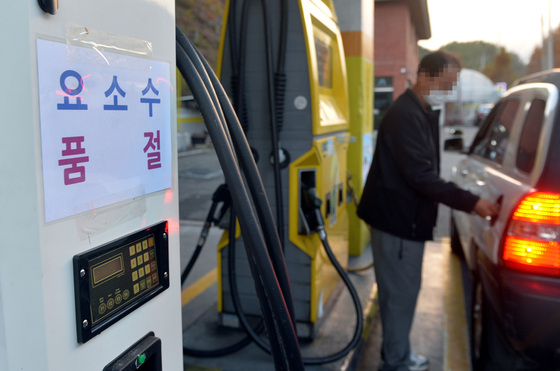 A sign saying ″Diesel Exhaust Fluid is sold out″ hangs at a gas station in North Chungcheong on Nov. 11. [KIM SUNG-TAE]

Korea’s largest DEF manufacturer, Lotte Fine Chemical, announced it has arranged supplies of 19,000 tons of urea, a component that makes up some 30 percent of DEF. DEF is necessary for diesel-powered vehicles that have Selective Catalytic Reduction systems that reduce nitrogen oxide emissions, and are immobilized without it.

Some 8,000 tons will be brought in from Vietnam, 2,000 tons from Saudi Arabia, 1,000 tons from Japan, 500 tons from Russia and 200 tons from Indonesia, Lotte Fine Chemical said. China has decided to resume customs clearance procedures of urea, and an additional 6,500 tons will come in from there. Another 700 tons were supplied by the government.

With the supply, the company said it will be able to make 58,000 tons of DEF, enough for all diesel vehicles in Korea for two to three months.

“Excluding the 500 tons from Russia, all will be delivered within this year,” said a spokesperson for Lotte Fine Chemical. “There were concerns that DEF production would have to stop by the end of this month, but we were able to solve the problem by acquiring necessary raw materials.”

Lotte Group Chairman Shin Dong-bin personally stepped in. The deal to ship 1,000 tons from Japan was arranged by Shin using his personal connections.

“Japan-made DEF is known for high quality but expensive price, so there weren’t any exports of those for the past two years,” said a spokesperson for Lotte Fine Chemical. “Chairman Shin himself stepped into secure Japanese DEF amid the shortage and some of the deals signed with Vietnamese and Indonesian companies were also arranged by him.” 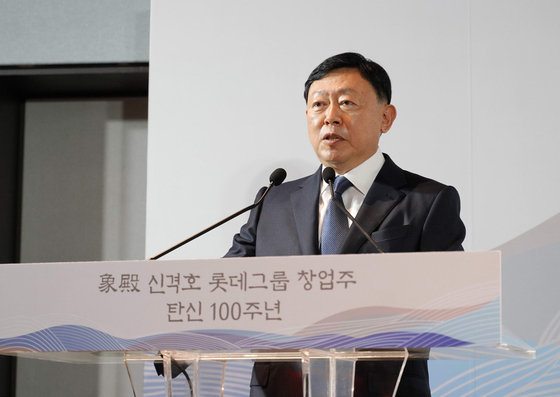 Production of DEF in 10-liter (2.6 gallon) containers will begin next week, and will be supplied first to fire trucks, ambulances and police cars.

“We’ve been working with our Chinese offices and other global connections to acquire raw materials since the start of the shortage, and also closely cooperating with the Ministry of Trade, Industry and Energy,” said a spokesperson for Lotte Fine Chemical. “Urea prices are at a record high, but we won’t raise the price of DEF so we can stabilize the market.”

LX International, a trading arm of LG Group, has also been working hard to find supplies.

The company announced it signed deals to purchase 1,254 tons of DEF from Vietnam, Malaysia, Singapore and Thailand on Nov. 10. The shipments will arrive in Korea next month. Another 1,100 tons of urea will come in from China.

Employees in the company's overseas offices have been scrambling to contact DEF manufactures since Nov. 1. Kim Kwan-young, head of LX International’s Hanoi office, said he and his employees started by getting a list of Vietnamese DEF exporters and calling the companies one by one.

“The company we got in touch with first answered our calls but stopped answering the next time, and we assumed it was getting flooded with calls from other companies,” said Kim. “We packed our things and went straight to the company building and basically begged to meet the high-ranking executives.”

The company wanted to sign a shipping deal, but worried about not having prior experience in exporting huge amounts. The DEF business isn’t very profitable in Vietnam, and most manufacturers sell locally in small amounts. Big export orders were beyond the company's expertise.

“We told them to just focus on production and that we would take care of everything else,” said Kim. “We first connected them to a large storage tank manufacturer so the company could store huge amounts of manufactured DEF, and then the company told us they were willing to sign a deal.”

Visiting another company, Kim had to wait over three hours to meet the CEO. He used that time to give snacks to employees at the office and talking about Korean things like celebrities, “Squid Game,” BTS and the Vietnam national soccer team’s head coach Park Hang-seo.

“Prices did rise from the initial price we offered,” said Kim. “Vietnamese companies acknowledged the DEF crisis in Korea and tried to sell at higher prices, but we were still able to make a good deal because we moved fast and were able to secure supply early on.”

Kim added that he signed six supply agreements with three companies since the shortage began, and the contract price of the last agreement was up by some 30 percent from the first deal. 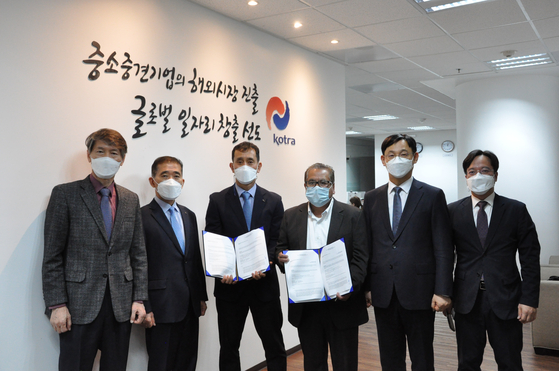 The trading company announced Nov. 12 it signed a deal to purchase 80,000 liters of DEF from Australia-based Blue Nox and 100,000 liters from Mexico’s Zar Kruse.

According to Posco International, the DEF will be shipped to Korea in late November. It will take about 21 days for the Australian shipments to arrive and 18 days for the Mexican order. The amount is enough to power 9,000 passenger cars.

“Both the Australian and Mexican company had never exported DEF in the past,” said a spokesperson for Posco International. “We had to be in charge of customs, packaging, logistics and all export-related tasks.”

Shipments were handled by steelmaker Posco’s logistics division. Shipper HMM provided ships in and out of Australia.

“We will continue to discuss getting supplies from DEF manufacturers in Asia, Commonwealth of Independent States [CIS] countries and the United States, using personnel in our overseas offices,” said a spokesperson for Posco International. “We will work hard to solve the DEF shortage crisis.”