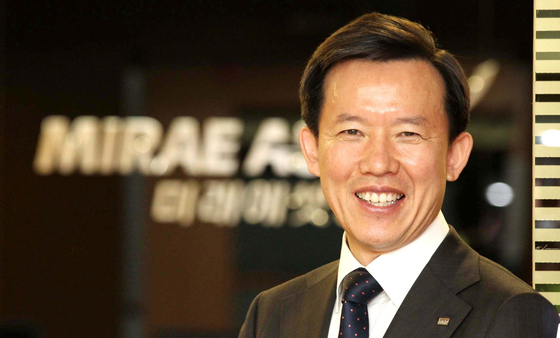 The global sustainability benchmark published since 1999 measures the performance of companies using environmental, social and governance (ESG) criteria. Among around 2,500 global listed companies, based on float-adjusted market capitalization, some 10 percent of the companies that received the highest scores in sustainability management are included in the DJSI World.

The Korean brokerage house said that among 117 financial service companies assessed, only 14 were included in the DJSI World.

The securities company said that it has been striving to set an example in sustainability management in past years. In September, it joined the RE100 initiative, a global campaign encouraging businesses to only use electricity generated from renewable sources. It was the first among local financial companies to join the global initiative, according to the company.