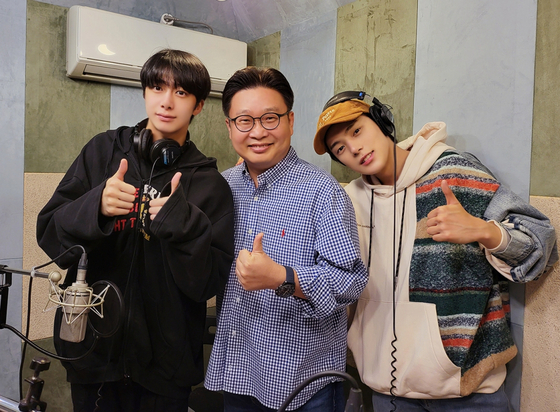 
Minhyuk and Hyungwon of boy band Monsta X served as narrators in a video promoting kimchi to global audiences.

The two K-pop idols narrated the third and final episode of the YouTube series “Kimchi Universe,” a project launched by Professor Seo Kyoung-duk of Sungshin Women's University in April. Seo is a general education professor dedicated to promoting Korean history and culture overseas.

The four-minute-long video is available with both Korean and English subtitles. The episode explains how kimchi became more known to the world through the 1986 Asian Games and 1988 Summer Olympics both held in Seoul.

It also highlighted the fact that kimjang, Korea’s culture of people gathering to make and share kimchi, was registered as an Intangible Cultural Heritage by Unesco in 2013.

“We hope [our participation] helped introduce and promote kimchi to the world,” said Minhyuk and Hyungwon on Tuesday. “We are glad to be part of something meaningful.”