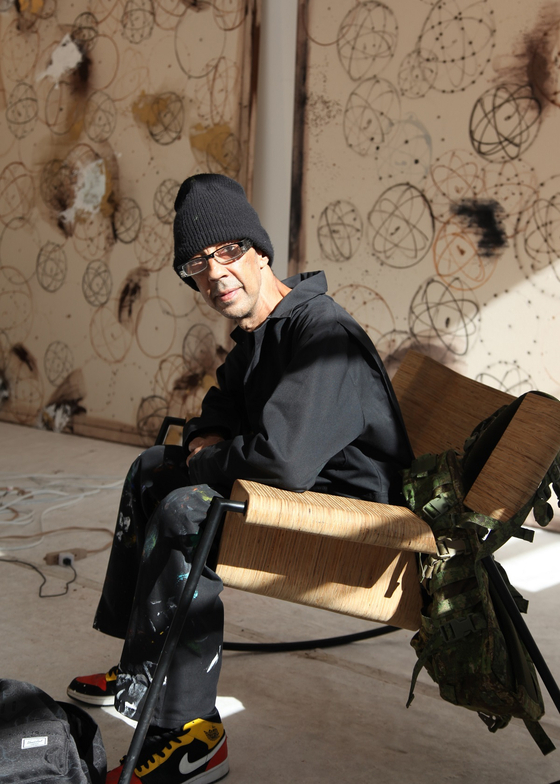 
Hybe Insight, a museum for music inside Hybe's headquarters in Yongsan District, central Seoul, announced Wednesday that it has organized a solo exhibit of New York-based graffiti artist Futura’s works in collaboration with K-pop sensation BTS.

Often referred to as the “King of Graffiti,” Futura is a 65-year-old American who began his career as a street artist, painting illegally on New York City's subway in the early 1970s. In the early 1980s, Futura's works were exhibited at the Fun Gallery, along with works by Keith Haring, Jean-Michel Basquiat, Richard Hambleton and Kenny Scharf.

The upcoming exhibit is Futura’s first in Korea.

Hybe Insight said BTS and Futura’s collaboration art piece titled “FL-006” will be disclosed to the public on the opening day of the exhibition. It’s a sculpture piece depicting Futura’s signature character decorated with seven colors selected by each member of the seven-member boy band. The work, according to Hybe Insight, attempts to convey the message of "listening to one’s own inner self and going one’s own way instead of being confined to a persona defined by society.”

The exhibit is titled “Humble Souls.” The exhibit will also feature Futura’s other works including “Pasmo” and “Panic Button.” It marks Hybe Insight’s second exhibition following Jean James’s “Seven Phases” in May. Futura has previously collaborated with popular brands like Nike and Supreme, among others.

The exhibit runs from Nov. 30 to May 29, 2022. Ticket reservations, which open Nov. 19, are available through Hybe Insight’s official mobile app or on its website.