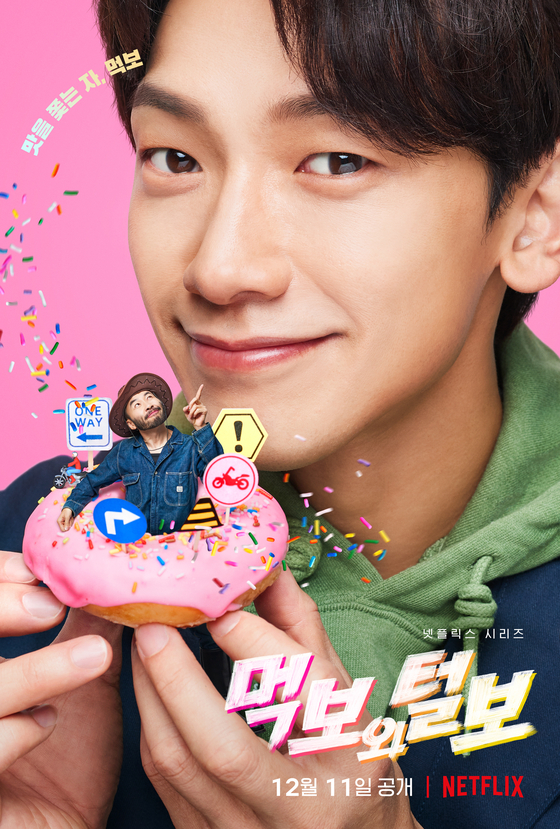 A poster of the upcoming Netflix's reality series ″Foodie and Beardie,″ starring singer Rain, who is a ″foodie″ and entertainer Noh Hong-cheol, a ″beardie.″ [NETFLIX]

Star producer Kim Tae-ho, the creator and producer behind MBC’s hit shows “Infinite Challenge” and “Hangout with Yoo,” is gearing up to release a new Netflix original reality series titled “Foodie and Beardie.”

It’s Kim’s first program since leaving MBC, where he’s worked for the past 20 years. The program stars singer Rain and entertainer Noh Hong-cheol.

On Wednesday, Netflix released teaser images of the upcoming series, with text that reads, “A relaxing full-course with two men.”

The new program follows Rain and Noh as they take a bike trip across the country, making stops at different restaurants to try the region’s delicacies as well as explore famous film locations.

The first episode is set to air Dec. 11.