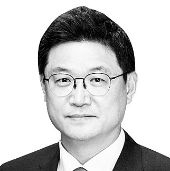 Sung Dong-kyoo
The author is a professor of communications at Chung-Ang University.


After setting so many records around the globe, “Squid Game” ranked at the top in Netflix’s drama category for 47 days from its release on September 23 through November 7 — an unprecedented achievement for a Korean series. The accumulated YouTube views of the program surpassed those of “Game of Thrones,” an American fantasy series on HBO. Can Korean shows achieve a repeat performance?

In part due to the unrivalled success of “Squid Game,” Netflix was able to attract 4.4 million new subscribers in the third quarter, and brought in over 1 trillion won ($843.8 million) after investing a paltry 25.3 billion won on the show. Following the global popularity of K-pop triggered by BTS, Korea has emerged as one of the most powerful content producers in the world.

Some experts in culture and entertainment business often raise an issue with the profit distribution by Netflix based on enormous gains for the streaming service company at the sacrifice of Korean creators and producers. But the contract stipulated that Netflix provides its Korean counterparts with all expenses needed for the production and retains all intellectual property rights.

You cannot blame Netflix for the apparently unfair contract, as the company must take all risk from its investment. More important than that is for the country to review the production habitat in its media industry to escalate its national competitiveness.

In an era of the fourth industrial revolution, platform businesses like Amazon and Netflix are already spearheading the global economy as clearly evidenced by the remarkable inclusion of seven platform-based enterprises in the global top 10 companies in terms of their market cap.

Korea’s economy and cultural industry also need platform-based innovations. The remarkable success of “Squid Game” ironically can signal the acceleration of the crisis in the domestic content and platform markets.

Netflix’s market share in over-the-top (OTT) video in Korea is already zeroing in on 50 percent. Disney — the world’ largest content producer — started to offer services in Korea since November 12. Such a move poses a serious challenge to local OTT service providers such as Wavve and Tving. If the so-called “cord cutting” — a migration of viewers from cable TVs or IPTVs to OTT services — gains momentum, our media market cannot but collapse.

Nevertheless, the government’s policy on content and platforms for domestic media is still detached from reality. First of all, its media policy is aimed at regulating — not promoting — related industries. Second, the policy lacks consistency because the authorities handling such policies are divided into three entities — the Ministry of Science and Technology, the Korea Communications Commission, and the Ministry of Culture, Sports and Tourism. Third, due to their obsession over obtaining jurisdiction over media policies, they have been pursuing legislation of relevant bills on their own.

As confirmed in the success of “Parasite,” a black comedy thriller film by Director Bong Joon-ho, and “Minari,” an American film by Lee Isaac Chung, the competitiveness of Korean content likely has grown strong enough to compete with Hollywood. Korean webtoons and webnovels also have top-caliber competitiveness. The time has come for the government to streamline agencies involved in supporting content production and efficiently help related industries.

All related ministries and agencies must legislate an integrated bill to safeguard our OTT industry against the entry of global OTT giants into Korea. To defend local industry and businesses against Google’s in-app purchases, for instance, the National Assembly in September passed a bill banning Google from forcing subscribers to use the settlement service in Korea.

Now that current competition among local OTT service providers has become meaningless, parties involved should establish something like a co-op for their joint investment, co-produce certain content, and share the system with the rest in Korea. Based on the combined footing, they can effectively knock the door to the global market.