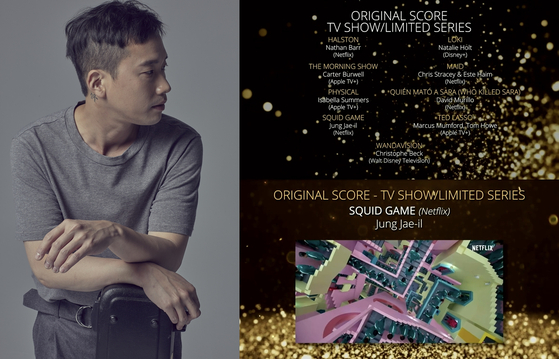 The 12th edition of the award ceremony was hosted online. Jung became the first Korean to win an award at HMMA, an event to honor original music in visual media worldwide. HMMA nominations have historically been representative of the nominees and winners of upcoming award shows in the film industry such as the Golden Globes, Oscars, Grammys and Emmys.

The other nominees in the category were Netflix’s “Halston,” Disney+’s “Loki,” and “WandaVision,” and AppleTV+’s “Physical” and “Ted Lasso.”

"Thank you for the wonderful award," Jung said. "I will share this honor with music director Kim Sung-soo and composer Park Min-ju who both worked with me."