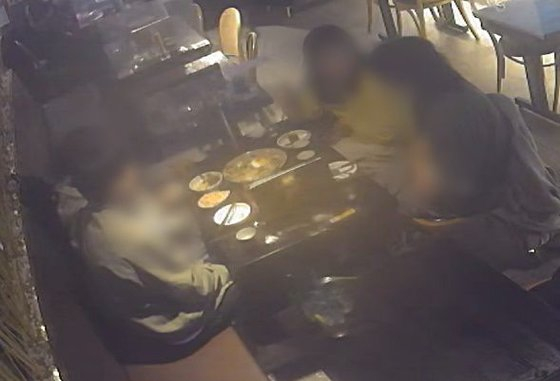 A picture posted on a sports-related online community reveals the faces of a group of people at a bar in Namyangju, Gyeonggi, accusing them of dining and dashing on Nov. 2. [ONLINE COMMUNITY]


"People see what they want to see, and some still see me as the man from the dine and dash," says a 27-year-old man surnamed Kim who lives in Namyangju, Gyeonggi.

Kim still suffers from the backlash of a condemning post that was written on an online community, otherwise known as an internet forum, earlier this month which released a security camera photo of him at a restaurant in Namyangju and accused him of bailing on the bill.

The claim was false as Kim had indeed paid for his food. The post's anonymous writer had used a picture of Kim instead of the real culprit.

"The post was uploaded only two hours after I left the restaurant," said Kim.

"Had the person checked the security camera footage [and seen me paying], this would not have happened."

In the current digital age, online communities are the citadel of democracy and free speech, but they are also a confounding virtual space, blurring the lines of what's true and what's false.

And since the onset of the Covid-19 pandemic nearly two years ago, activities on online communities have significantly proliferated.

The number of posts created last month on the nation's top 20 online communities was 75,221 — 39 percent higher than that of the same month last year, according to online community ranking analysis website Today's Best Story.

According to the University Tomorrow Magazine's survey conducted in March with 900 participants aged 15 to 40, some 75 percent of those in their 20s and 71 percent in their 30s responded that they have written either a post or a comment on an online community within the past month.

Ranging from politics and religion to fashion and games, there are hundreds of online communities that can appeal to all sorts of niche interests.

For many people, joining the right online community is like finding a corner of the internet where they can truly be themselves and connect with people who have similar tastes.

"I write on online communities because I can find people who have the same problems as me or who feel the same way about a problem as me," said a 26-year-old female office worker.

"I feel a sense of validation and camaraderie on these online communities."

As online communities have become the happening, new center for hot topics and issues people face these days, they are a widely used source for media.

"Now, we live in an age where the media can't help but write about what is presented on online communities," said Lee Jae-kyeong, communication media professor at Ewha Womans University.

"It is much easier to raise an issue now than in the past when people had to call a reporter for such attention."

"There are even separate departments in some online news companies that specifically focus on online communities," said an online news reporter who requested anonymity.

"Also only a handful of online communities get attention from reporters, so only those voices are amplified."

Also, in many instances, the posts are just plain false, like the one that accused Kim of bolting from the Namyangju restaurant.

In March, an entire police investigation was opened because of a post on an online community claiming that the writer's neighbor was coercing his wife to have intercourse with multiple men, only to find that the accused man had done no such thing and the post was all fabricated by an attention-craving netizen.

"The content of the post was all untrue," said the police. "The writer posted it for attention without thinking that it would go viral."

Before the police investigation, the story had garnered explosive public attention online, and a related post on the Blue House petition board received some 168,427 likes.

Experts say that more severe punishments need to be given to those spreading misinformation online in order to create a more civil and informative online environment.

"The number of victims from the internet and online communities has exponentially grown over the years," said Kim Tae-yeon, a managing partner at Taeyeon Law Firm in Gangnam District, southern Seoul.

"The current law used to punish these individuals was made to protect internet users, but it is often not exercised properly."

Although perpetrators of misinformation can receive up to seven years in prison under the Information and Communications Network Act, most cases conclude with only a minimal fine. 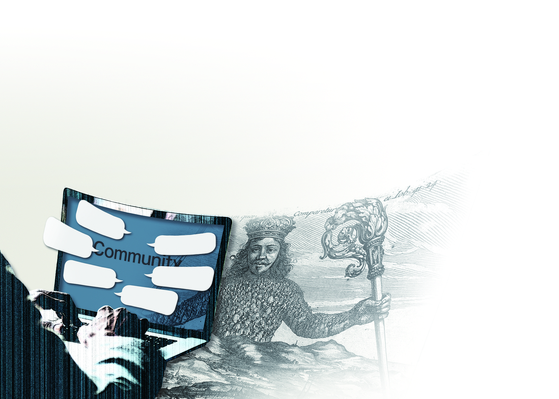