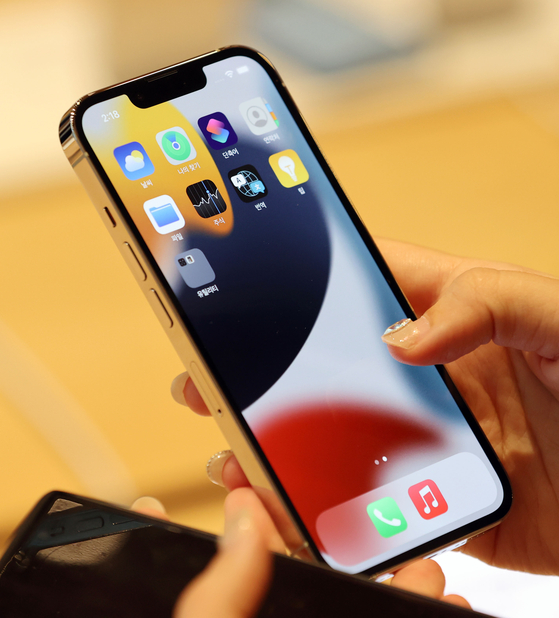 A customer tries out an iPhone 13 at an Apple Store in Garosu-gil, southern Seoul. [NEWS1]


Apple released an iOS update to fix call drop issues, but some customers are still experiencing problems regardless.

Some users of the iPhone 12 and 13 series models have been experiencing call drops for the past few weeks, with nothing showing up on their screens despite having incoming calls.

Hur Dong-gyu, a 29-year-old office worker who bought an iPhone 13 last month, has been experiencing the problem. If people called him, it would ring for a while and then they would get a voice message that said “the number you have dialed cannot accept this call.” But on Hur's side, his phone had remained silent all the time.

“When people call me, I don’t get a call screen, a ringtone or vibration,” said Hur. “I sometimes suddenly get a notification about 10 minutes after the call was made, telling me I had a missed call.”

Unable to answer regular calls, he has been taking calls via Voice Talk, a free call service on messaging application KakaoTalk.

Hur isn’t the only one experiencing these problems. Apple released an iOS 15.1.1 update to fix the issue on Nov. 17. In the update note, the company wrote that the new version of the iOS “improves call drop performance on iPhone 12 and iPhone 13 models.” 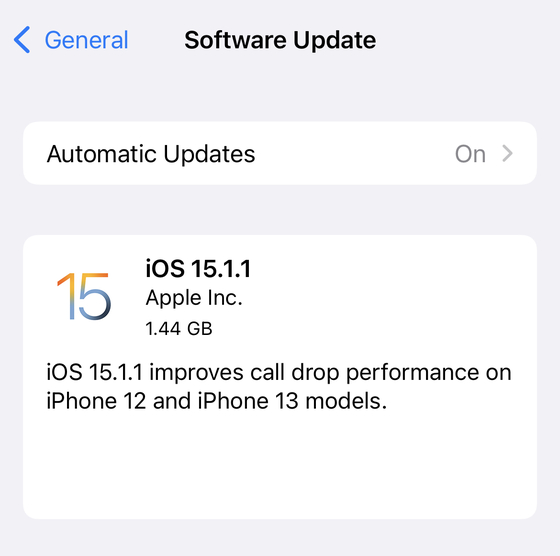 
Users have installed the update, but without much luck.

“I thought I would be free from call drop problems after the automatic iOS update in early morning, but I've still been experiencing the same problems,” said Mr. Park, a 46-year-old office worker who uses an iPhone 13 mini. “The most absurd thing is that [one time] my phone suddenly started ringing about five seconds after the caller hung up. It almost seemed like a ghost.”

Posts on Asamo, a Korean Apple user community website, like an online forum, with over 2.2 million users, attested that they, too, were going through same problems even after the update.

“I had someone try calling me after the morning update, but I still didn’t get anything,” read a post by a user of an iPhone 13 mini via LG U+. “I contacted an authorized Apple repair service provider, and they just told me they also didn’t get any official notice [from Apple] about the issue.”

Another user said they changed the phone's USIM card after an Apple support employee recommended they do so, but experienced the same problem even after the USIM change and update.

A spokesperson for LG U+ said they have been getting inquires about the call drop problem.

"Other mobile carriers abroad in the United States and Japan are also experiencing similar issues, so we think it's a problem with the phone itself," said a spokesperson for LG U+.

“We acknowledged the problem a month ago and have been working together with Apple to find the cause. Apple requested us to collect further error reports, and we are sending them to the company.”

SK Telecom and KT representatives said they didn’t have customers contacting them about such issues, although posts of people using the two mobile carriers have been uploaded on Asamo, saying they are experiencing the same problems.

The JoongAng Ilbo contacted Apple, but the company didn’t give any response to the call drop issue.