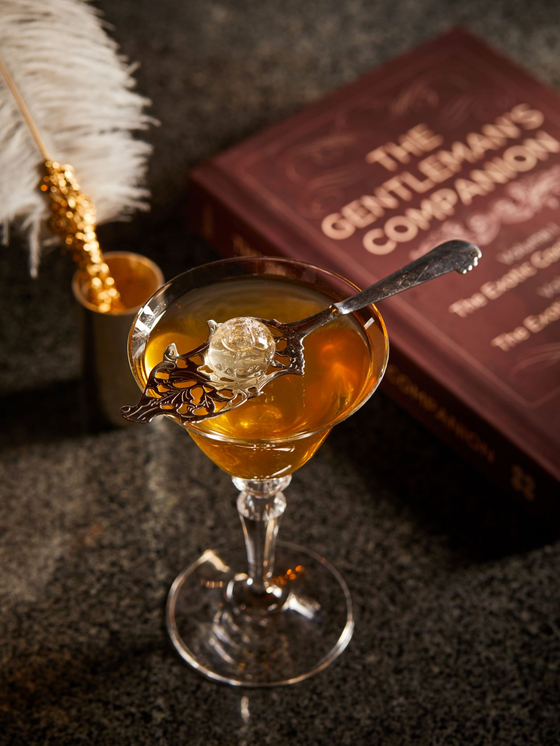 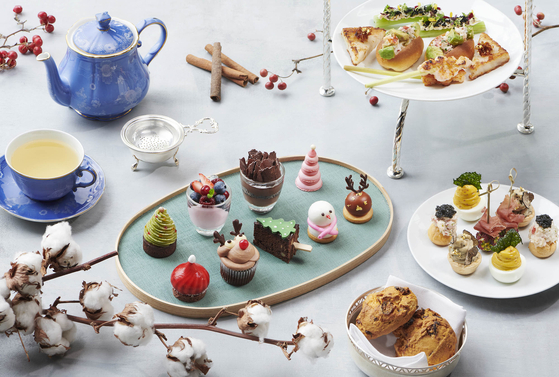 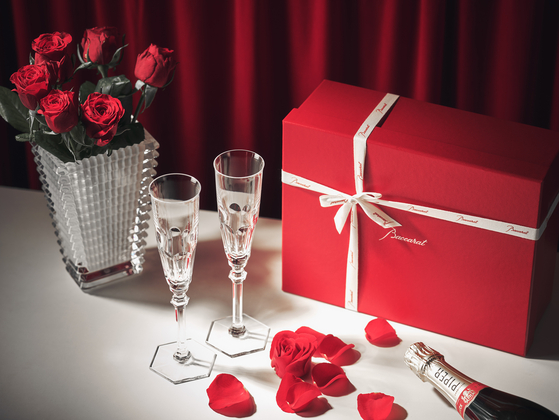 Grand InterContinental Seoul Parnas
Through Dec. 31: In celebration of the first anniversary of its reopening, Grand InterContinental Seoul Parnas announced its plan to offer a “Signature Mariage Package”, which includes Club InterContinental benefits, the epitome of hotel service; a luxury suite; and a gift from luxury French crystal brand Baccarat, for a limited quantity until the end of December.
Allowing a private year-end season at the spacious Club Corner Suite with a view of the night scenery of Gangnam from a panoramic window, this package comes with “Chateau Baccarat Harcourt Eve Champagne Flute Set (two glasses, worth 500,000 wom)” from the Harcourt 1841 Collection of Baccarat, which celebrates its 180th anniversary this year. For a perfect marriage with the top-quality champagne glasses, a bottle of luxury French champagne “Piper Heidsieck Vintage Brut 2012,” which was selected as “the world’s best champagne house” in 2021, is also included. The room will be set up with signature amenities, which comprise of seasonal fruits, a dessert plate, red wine and roses.
The package also includes two-person access to the Club InterContinental Lounge, which provides exclusive check-in and check-out services, breakfast, afternoon tea, and cocktail hours all at no additional charge. Guests staying with the package can also use the indoor swimming pool and fitness club and fully enjoy the festive year-end mood with Christmas trees and glamorous lights decorating The Lobby Lounge and various spots in the hotel.
Reservations for the “Signature Marriage Package,” available for twenty rooms only by order of arrival, are open until Dec. 31. The stay should be between Dec. 1 and Feb. 28. Rates start from 1,200,000 won, including tax and service charge.
(02) 555-5656
www.grandicparnas.com 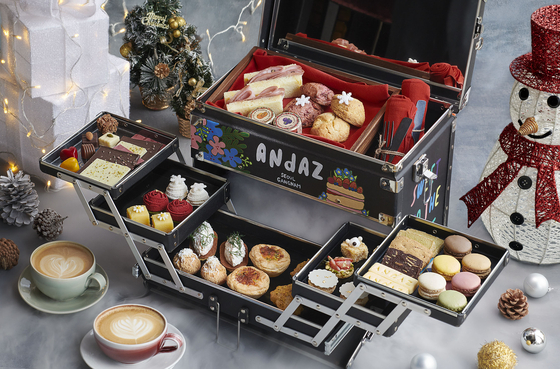 Andaz Seoul Gangnam
Through Feb. 28: Andaz Seoul Gangnam, a lifestyle hotel by Hyatt Hotels & Resorts, launches “Winter Wonderland Afternoon Tea Set” featuring a combination of winter desserts, finger foods and savories snacks, as well as coffee or tea, at Jogakbo Bites and Wine Bar. The Winter Wonderland Afternoon Tea Set is available from 1 p.m. to 5 p.m. daily and the last order is at 4 p.m.. The price is 90,000 won for two people.
The Winter Wonderland Afternoon Tea Set features a colorful dessert arrangement showcasing scenes from Christmas and the end of the year. The menu items are served in a box reminiscent of a Christmas present. The meal items are stacked on top of dry ice at the base of the box to create the impression of snow and mist. Also, in partnership with artist Jeon Yeji, Andaz Seoul Gangnam has decorated the box with colorful drawings.
The sweet menu items are composed of seven kinds of desserts, including a beautiful rose choco mousse with sweet mousse and raspberry compote, a white Mont Blanc reminiscent of a freshly fallen snowflake, festive macarons and chocolate, mixed Andaz cookies and four types of petit desserts. The savory menu items include raspberry and cheese scones that are crispy on the outside but moist on the inside, a bacon and spinach mini quiche made with provolone cheese and parsley and a honey baked ham and cheese sandwich with gruyère cheese. The richly prepared menu items can be enjoyed with unlimited tea or coffee. The Winter Wonderland Afternoon Tea Set is the perfect option for a gorgeous year-end tea time.
(02) 2193-1234
andazseoulgangnam.com