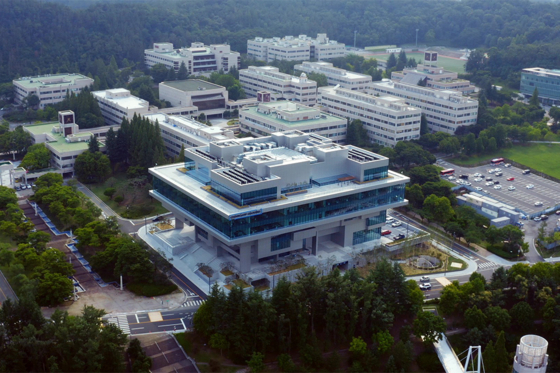 Under the management philosophy of "corporate citizenship," Posco has been keen on establishing an infrastructure to help venture businesses grow and expand.

To that end, Posco is operating a range of projects through Challenge with Posco, one of its five corporate citizenship brands, to encourage the growth of the venture ecosystem, foster new growth industries and create new jobs for the younger generation, the steelmaker explained.

Venture Fund and Venture Valley are the two main pillars of the Challenge with Posco brand. Posco established the Venture Fund worth 657.4 billion won ($550.4 million) and invested over 368 billion won in 567 companies as of now, with the estimated number of newly created jobs reaching up to 1,388.

Venture Valley, on the other hand, is a program to provide startups with a venture incubation space named the "CHANGeUP Ground."

In a bid to create a global top-tier venture valley based on Posco's two-trillion won research facility and industrial-academic cooperation system, Posco opened two startup incubation centers, one in Pohang and the other in Seoul.

The CHANGeUP Ground is one of the most successful corporate citizenship projects, creating jobs and securing new growth engines by establishing a platform for venture companies."

Pohang CHANGeUP Ground in North Gyeonsang is made of seven stories above ground and one below, where a number of prospective startups from various sectors are operating. Opened in July, CHANGeUP Ground in Seoul is also providing a wide range of venture companies with a platform for business and networking.

Posco offers the Startup Support Program for venture companies at the CHANGeUP Ground as well, to provide practical support for starting a business, finding a market, fund raising and networking.

Moreover, Posco has been hosting the Idea Market Place (IMP) since 2011 to support and foster venture businesses. As this year marks the tenth anniversary of IMP, Posco held a celebration event on Nov. 18, and announced its vision for the next ten years dubbed "Good to Great."

"The IMP, which became the gateway for startups in Korea, will continue to be an important channel for Posco to seek out new growth businesses," said CEO Choi during the ceremony.

"Posco will turn a good venture company with innovative entrepreneurship into a great company, fostering the next Posco."

Over the past 10 years, Posco selected a total of 411 startups and invested 21.5 billion won in 132 companies.