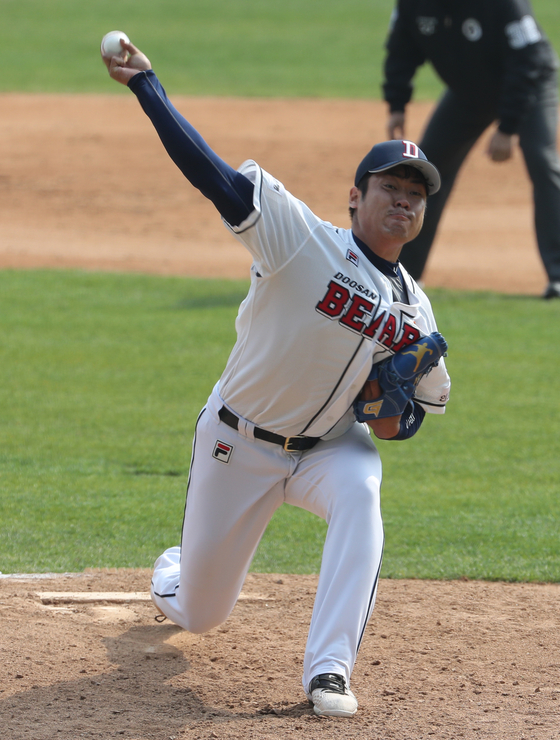 
The Lotte Giants on Thursday announced the signing of pitcher Lee Dong-won and infielder Park Seung-wook.

Both players were released by their respective clubs — Lee by the Doosan Bears and Park by the KT Wiz — at the end of the 2021 season. The two were not free agents, so information about their contracts with the Giants was not disclosed.

Lee joined the Bears in 2012 as a developing player and has played his career for the club's Futures League team. He has played in 54 Futures League games recording four wins, three losses and seven holds for a 0.571 ERA. He only appeared in six games in the 2021 season, recording one win and one loss for a .500 ERA.

According to a press release from the Giants, the club signed Lee because he has a lot of potential. He is expected to continue playing in the Futures League, but will appear more often with the aim of improving his arsenal, and particularly his fastball. 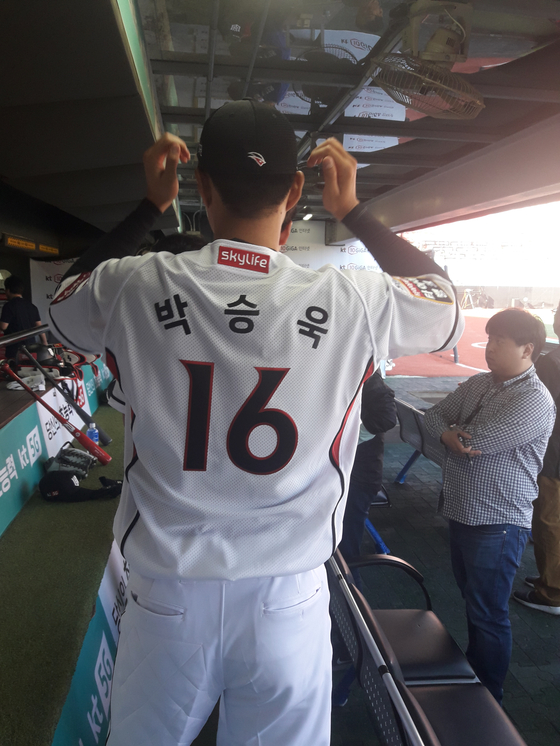 
Park joined the SK Wyverns in 2012 and moved to the Wiz in 2019. He was a fairly regular fixture with the club during his first two seasons, but spent most of the 2021 season in the Futures League. Park has appeared in a total of 382 games in the KBO, recording 164 hits, 59 RBIs and 10 home runs for a career .243 batting average.

Park was recruited by the Giants due to his prowess at the plate, the club said.

The Giants are not the only team to dip into the pool of released players so far this season. On Wednesday, the SSG Landers announced the signing of pitcher Noh Kyung-eun, formerly of the Giants, and infielder Kim Jae-hyun, formerly of the Samsung Lions.