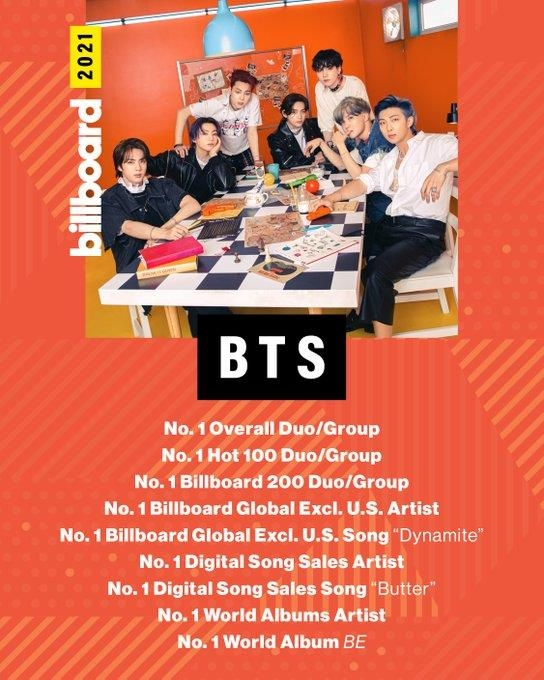 
BTS ranked No. 1 in a total of nine categories on Billboard’s year-end charts for 2021.


The band saw global success with its single “Butter,” which was No. 1 on the Billboard’s Hot 100 chart for 10 weeks. The band's other tracks, “Permissions To Dance” and “My Universe,” which was a collaboration with British rock band Coldplay, also topped the Hot 100 chart.