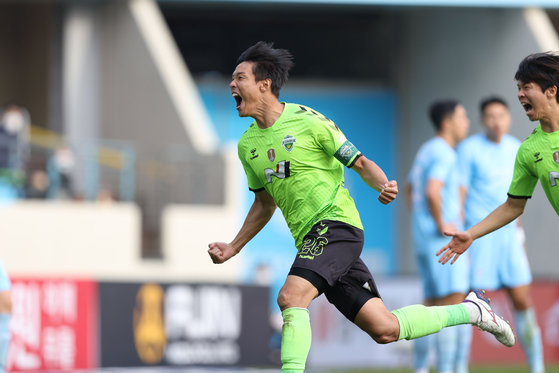 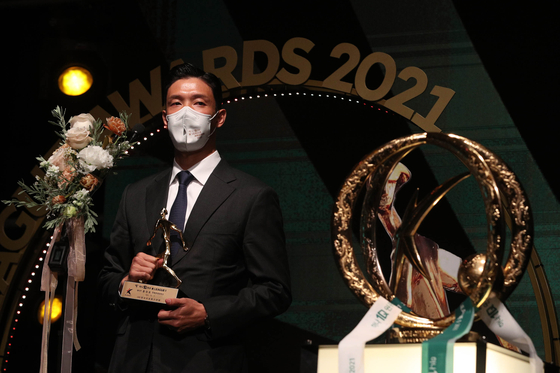 Hong beat three other nominated players to the biggest individual award in the K League, marking his first MVP award and the first time a defender has won the award in 24 years. Hong was named in the best 11 defenders for the last three years, but was never nominated for the MVP award.

The three other players who were nominated this season were Jeju United's Joo Min-kyu, Daegu FC's Cesinha and Ulsan Hyundai's Lee Dong-jun.

This season, Hong showed off his skills as both captain and defender, locking down Jeonbuk's defense line. Jeonbuk, as a result, conceded the fewest goals in the league, with 37 in 38 matches, winning their ninth K League title and become the first team ever to win five in a row.

On top of his defending skills, Hong was able to score two goals and pick up one assist in 36 appearances. He slotted in the winning goal in Jeonbuk's 4-3 victory against FC Seoul on Sep. 5 and also scored the first goal in a match against Daegu on Nov. 28, when Jeonbuk won 2-0.

"I didn't know if I could ever win this award as a defender," said Hong at the award ceremony. "Four years ago when I came back to Korea after playing abroad, clubs did not want me on their team because I was, at the time, an unsuccessful player who hadn't been called up in matches. I always wanted to return the gratitude and I wanted to play well for Jeonbuk."

Before returning to Korea, Hong had played for German club FC Augsburg in the Bundesliga from 2013 to 2016. 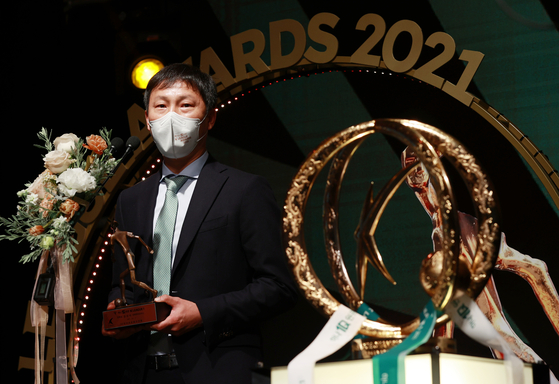 
Jeonbuk head coach Kim Sang-sik was given the best coach award, acknowledging his ability to coach a team to a K league title on his very first year as head coach.

"This is my first year as head coach," said Kim. "I think that the 11 other head coaches were my teachers and I learned a lot from them. I have been with Jeonbuk for 13 years now and it's not easy carrying the weight as defending champion. I am grateful to the coaching staff and players who went through all of it with a new head coach like me."