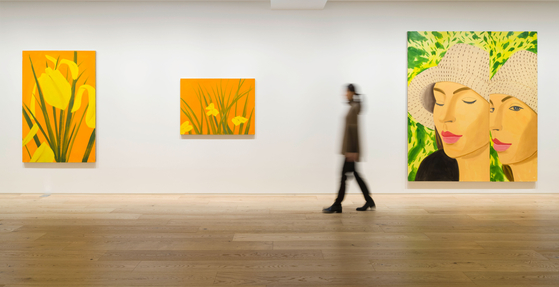 A view of the solo show of Alex Katz at the Thaddaeus Ropac Seoul. It is the second exhibition of the prestigious gallery's Seoul branch which opened in October. [THADDAEUS ROPAC]


Seoul is emerging as a new hot spot for international art galleries and, among the art hubs of Seoul, Hannam-dong of Yongsan district is attracting more foreign galleries than Samcheong-dong art zone north of it and Gangnam in southern Seoul.

The New York-based gallery Lehmann Maupin announced last month its plan to move to Hannam-dong, four years after opening its doors in Anguk-dong, central Seoul, which is considered a part of the Samcheong-dong art zone.

The new space is expected to open in early spring next year. It will be a two-story building that includes an outdoor terrace to exhibit large-scale sculptures, according to Lehmann Maupin. The building was designed by SoA, or Society of Architecture, a local architecture company that won the Ministry of Culture, Sports and Tourism's Young Architect Award in 2015.

Lehmann Maupin was one of the first major foreign galleries that set up a permanent space for exhibitions in Korea. With branches also located in Hong Kong and London, the gallery represents internationally famous artists from various countries including Korea such as Do Ho Suh and Lee Bul.

Now, the gallery is holding a solo show of Billie Zangewa, a Johannesburg-based artist, in the current Anguk-dong space. The exhibition features her intricate collages made from pieces of hand-stitched raw silk, which mainly depict her young son and his intimate moments with family and friends. Zagewa’s exhibition titled “Flesh and Blood,” runs through Jan. 15 next year. 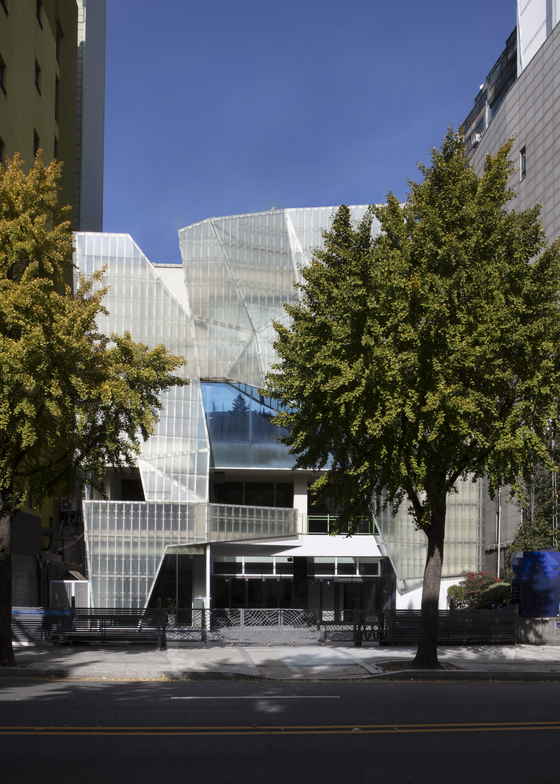 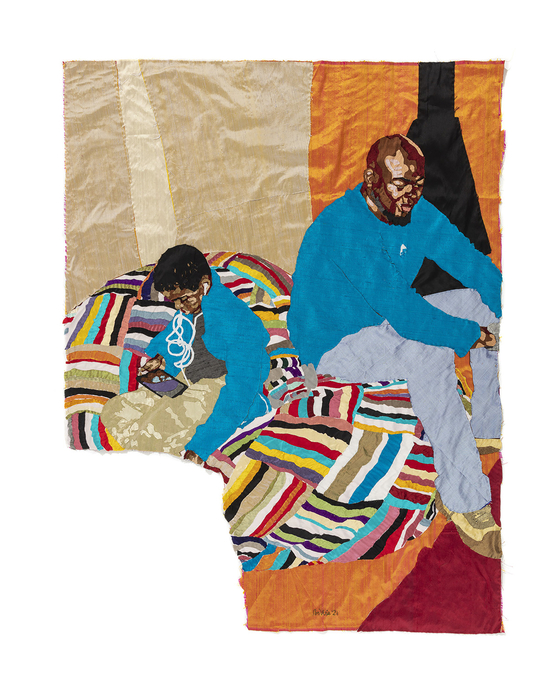 
The inaugural exhibit at the new building will be a solo show of Los-Angeles-based artist Lari Pittman, the gallery said.

Thaddaeus Ropac, founded by the Austrian gallerist of the same name in 1983, opened its Seoul branch last October in the Fort Hill building located near the UN Village in Hannam-dong. The gallery has branches in London, Paris and Salzburg.

The inaugural exhibition of Thaddaeus Ropac Seoul, which wrapped up late last month, was a solo show of German artist Georg Baselitz, who is often dubbed “the master of Neo-Expressionism” and considered to be one of the most important living artists. The 91-year-old presented large-scale paintings in his signature style that depict human bodies in highly expressive brushstrokes and are displayed upside down.

Gallery founder Ropac, who attended the press preview of the Seoul show on Oct. 6, said, “I opened the Seoul gallery not only to introduce European artists to Korea but also to discover Asian artists including Koreans.” He added he was impressed by the fact that, already in the 1960s, Korean artists were keeping up with the new Western art movements and he wanted to explore such artists.

Thaddaeus Ropac Seoul has since opened a solo show of Alex Katz titled “Flowers.” Katz, who is described by the gallery as “a preeminent painter of modern American life” and who is emerging as one of the most popular artists among wealthy Korean collectors mainly presents his flower paintings that have a carefree and soothing feel to them.

According to the gallery, Katz, best known for his portraits, said his flower paintings are related to the group portraits he created throughout the 1960s. “Much like figures, flowers are overlapping volumes, allowing him to study the sense of motion that he felt eluded him in the cocktail party scenes he was painting at the time,” the gallery said in a press release. The artist returned to painting flowers at the beginning of the 2020 pandemic. He was quoted as saying “I thought the world could use some cheering up.” 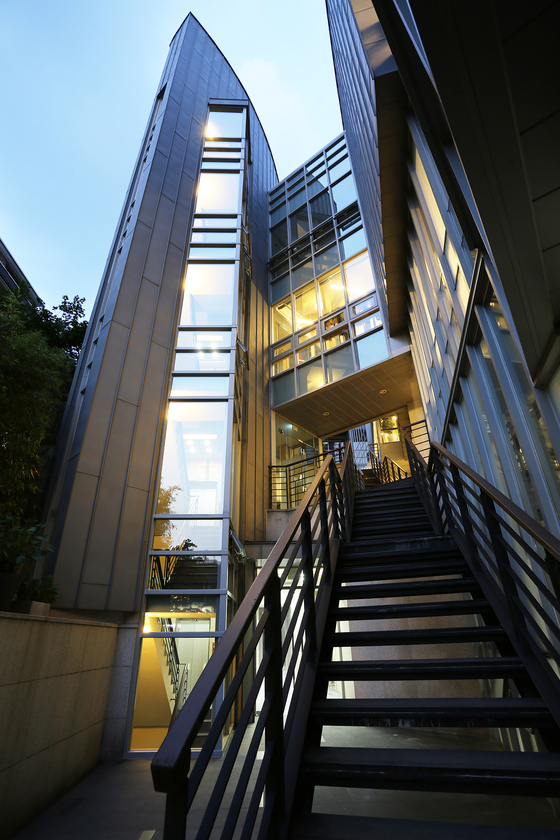 
Meanwhile in May, Pace Gallery, which has branches in New York, London and Hong Kong, moved its Seoul branch to the Le Beige Building near Leeum Museum of Art. In June, Foundry Seoul, an art dealing subsidiary of the Korean industrial pipe fittings manufacturer TK Corporation, opened in the building of Gucci Gaok, the upscale brand’s second flagship store in Seoul. 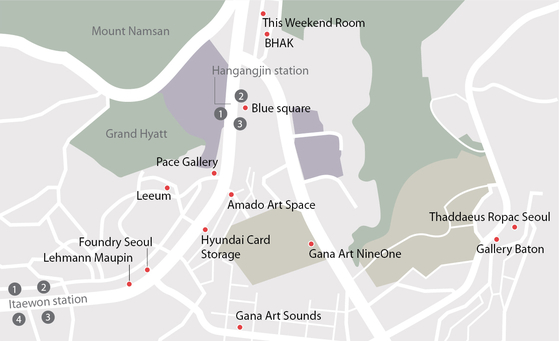 Hannam-dong, which includes the streets commonly referred to as Itaewon, has steadily grown into a major art zone in Seoul since Leeum opened there in 2004. Leeum, which houses the collection of the Samsung Foundation, reopened its doors in early October after undergoing renovations prior to being basically dormant for four years.

Also in the area are Hyundai Card company’s Music Library and art center Storage; Gana Art Sounds and Gana Art NineOne, which are branches of Gana Art, one of Korea’s biggest galleries; the alternative art spaces Amado and ThisWeekendRoom; Gallery Baton which is regarded as one of the strongest young galleries; Galerie BHAK, a gallery with a 28-year-long history; and the musical theater Blue Square’s art exhibition spaces.