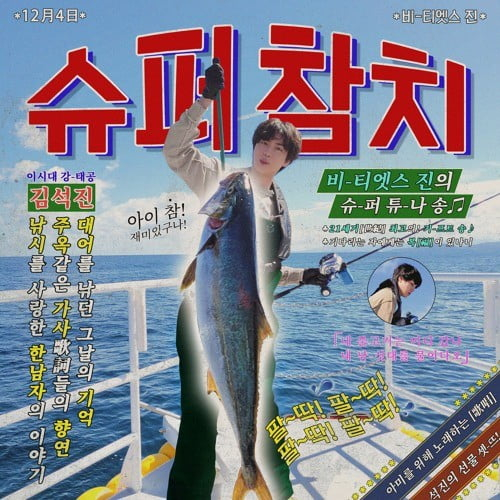 
BTS member Jin's reference to the East Sea in a lighthearted video celebrating his 29th birthday has earned him the ire of some Japanese viewers.

Japan refers to the same body of water as the Sea of Japan.

"Super Tuna," which was uploaded on Dec. 4, features Jin fishing and expressing delight after finally hooking a fish.

The short video proved popular and inspired the Super Tuna Challenge, a dance challenge on TikTok.

As of Friday morning on TikTok, hashtags related to the song such as #SuperTuna and #SuperTunaChallenge received over 164 million hits. The music video for "Super Tuna" on YouTube has more than 22 million views.

The response from Japan has been less positive, with comments in Japanese published on social media complaining about Jin's reference to the East Sea. Some are polite, while others are more threatening toward the band and its agency.

Korea and Japan have a number of ongoing historical disputes related to territory, especially Dokdo Island, and Japan's lack of recognition for its wartime atrocities. K-pop has long been insulated from the tension and has done much to bring the young people of both countries together.