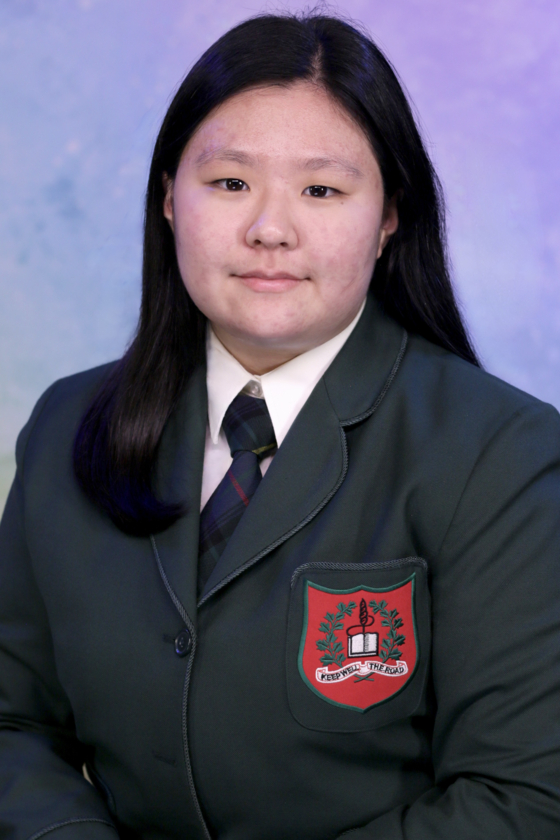 Always deep inside my heart, is my life-long motto “Shape a better world.” Such a wonderful and inspiring phrase, but who knew that this could actually put me down?

As a student, my voice was sometimes unheard and undervalued in the world of adults. After I realized my incompetence to solve worldwide persisting problems as a teenager, I became hesitant to speak up and take action. I lost my place in the large world, questioning where to start from and doubting myself whether shaping a better world is even possible in my position—maybe I thought one should be in the United Nations to shape a better world.

United Nations (UN), just from its name, seems quite a serious matter and this is what we actually think of. However, the United Nations, just as I do, aims to promote sustainable development to shape a better world. In the end, whether one has a serious name or not, whether it is a large organization or an individual, does not matter. Shaping a better world starts from shaping a better community near us.

A community for me is BHA and Jeju, so what to do? Motivated to shape a better BHA community where we can truly acknowledge the relevance of sustainability in our daily lives and empower ourselves to take actions, I founded Sustainable Development Academy (SDA). We publish a magazine three times a year, focusing on two or three United Nations Sustainable Development Goals (UN SDGs), in hopes to nurture, preserve, and create sustainability.

Publishing each magazine, our team ensured that readers do not go through the same experience that I had gone through—being overwhelmed that only big actions are worth shaping a better world. Thus, we tried to see each goal and target from a distinct perspective and accordingly communicate such viewpoint; while the specific targets contain some macro-scale words like “universal access” and “framework convention”, the magazines highlight the more relevant aspects of sustainability in our daily lives by introducing clubs around the school, connecting sustainability with the arts, and presenting local issues happening around us. In this respect, I believe our past magazines have achieved to highlight the true, hidden stakeholders of the UN SDGs: virtually anyone.

However, challenges were yet to come. Publishing our last magazine for the 2020-21 academic year, I realized that an important part of our Jeju community has been covered under the veil. Shamed of myself who has continuously been emphasizing the need to care our nearest community, I was determined to highlight Jeju Haeneyos, an indeed vulnerable community of Jeju, but an epitome of humanity’s sustainable model. Here, I share a part of my article that was published in our magazine as a last remark.

The world starts from where you are standing. Make the first step for you, the second step for your community, and the third step for the world.

---
UN SDGs Goal #11. Sustainable Cities and Communities, Target 11.4 aims to “protect the world’s cultural and natural heritage.” In light of Target 11.4, this article provides insight into The Culture of Jeju Haenyeo (Women Divers), which has been inscribed on the UNESCO List of Intangible Cultural Heritage in 2016 for its long-held rich heritage.

Gender Equality
“Haenyeos promote gender equality.” In a historically male-dominant country, Haenyeos have been a prominent figure representing the women of Jeju. On an island with scarce resources other than the sea, women have taken the risk to dive in the sea, and harvested seafood necessary for maintaining their families’ life. Not only as professional divers but also as women, Haenyeos have elevated their position by such financial contributions to their households. They had their voice heard and demonstrated the importance of the women’s workforce.

Nature
“Haenyeos harmonize with the ecosystem.” They regard nature more than the mere means of farming and harvesting; they regard nature as a subject of protection and coexistence. Their respectful attitudes towards nature have allowed them to acquire and inherit the knowledge of the sea. Such attitude has been passed down for generations and has remained in the heart of Haenyeos’ culture. In effect, they set a prohibition period during the breeding season and keep themselves from harvesting young fish or shellfish.

Community & Unity
“Haenyeos possess the wisdom of how to maintain their community.” Dae-sang-gun (대상군), the most respected Haenyeo, holds responsibility for the community by being in charge of its safety and unity. As of unity, the culture of Haenyeos cherishes a distinguished identity that roots from the dangerous nature of work they do: unity with a sense of common humanity. Although having a hierarchical social structure, everyone’s voice in the community is respected through free debates and discussions which may take longer than expected, however, in order to ensure every member agrees upon a common consent.

Shape a Better World but how