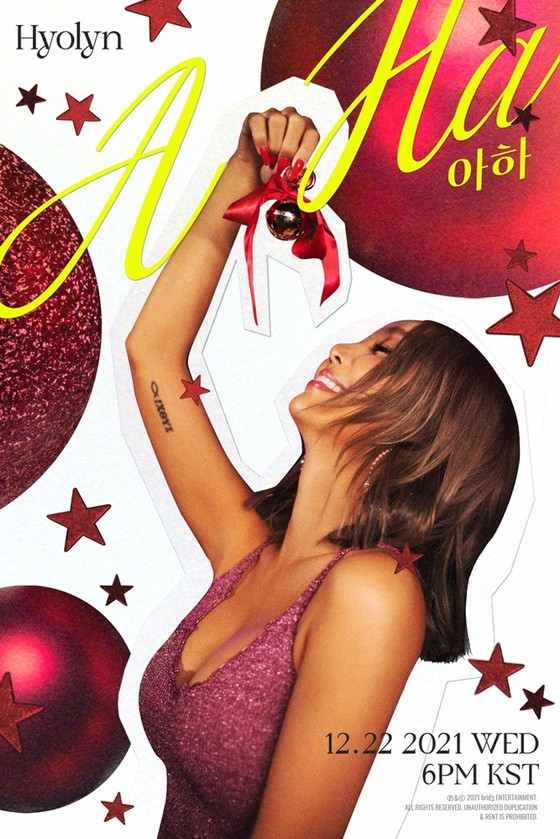 Singer Hyolyn is releasing a Christmas song for the first time, according to her social media channels on Monday.

She shared a concept photo of herself for the upcoming song titled “A-Ha,” scheduled to be released at 6 p.m. on Dec. 22.

The song is dedicated to her fans who may have been disappointed at the news that the release of another one of her tracks, “Layin’ Low,” was delayed until January. The single was initially scheduled for release last month.

When Hyolyn's agency Bridge Entertainment announced the delay on Nov. 29, one day before “Layin’ Low” was set to drop, it also revealed that the singer would drop a special Christmas song.