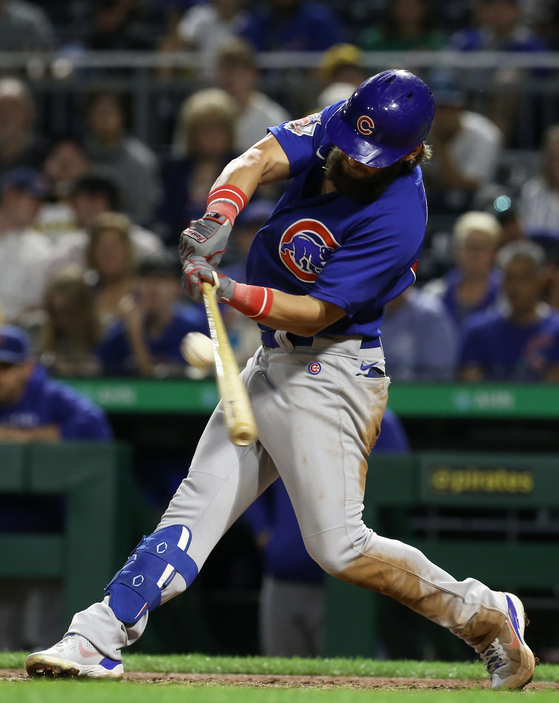 
The NC Dinos are reportedly close to signing a deal with Nick Martini, a free agent outfielder who spent the 2021 season with the Chicago Cubs.

According to reports Thursday, the Dinos are extremely close to signing Martini, with the deal already agreed in principal and only the final details still to be ironed out. Signing Martini signals that the Dinos are parting ways with Aaron Altherr, who has played for the Changwon club for the last two seasons.

Martini, who moved to Chicago on a minor league deal ahead of the 2021 season, made 25 appearances with the Cubs, picking up 10 hits and four RBIs for a .270 batting average. He was far more active in the minors, picking 72 hits with 40 RBIs and 11 home runs for a .267 batting average.

If finalized, Martini's signing marks a change in direction for the Dinos. While Altherr is a heavy-hitting slugger with 134 hits, 85 RBIs and 32 home runs in the 2021 season alone, Martini is a medium-range hitter with good plate vision. The decision to prioritize precision over power doesn't come as a huge surprise for the Dinos, who already have a number of sluggers in their lineup.

In 2019 while playing in the minors under the Oakland Athletics, Martini had 49 walks to only 51 strikeouts, an almost unheard of one-to-one ratio. That same season, his on-base percentage was 0.432. If he can replicate that kind of production with the Dinos, Martini would be a crucial addition to a lineup that, despite huge offensive power, failed to make the postseason this year.

Altherr was part of the 2020 Korean Series-winning Dinos squad and the club appeared to be looking to re-sign him for next season. With the MLB lockout pushing more players to consider the KBO, the Dinos seem to have given up on waiting to see if Altherr, who has already returned to the United States for the offseason, is actually interested or not.