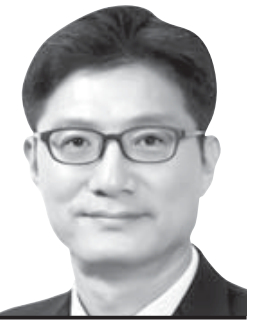 Kim Jung-ha
The author is political news editor of the JoongAng Ilbo.


On Nov. 21, President Moon Jae-in hosted the live “Dialogue with People” event on KBS. He invited 200 people to the studio. It was unprecedented for a president to host a major event on TV just about 100 days before the presidential election. The government said the conspicuous event was to discuss disease control and prevention measures for Covid-19. Moon wanted to promote the “Living with Covid” policy of relaxing social distancing rules, which began on Nov. 1.

“I am very happy to have this opportunity today because our daily lives are recovered, since I have not had a chance to directly communicate with the people for a long time,” Moon said. “I feel a little uneasy. The number of daily cases has been over 3,000 for five consecutive days. But actually, the increase was already expected when we started relaxing social distancing measures gradually. The government prepared with an estimate that daily cases will grow to 5,000 or 10,000.”

If the situation had been smooth as Moon promised, the event would have had some meaning. But unfortunately, the situation worsened whenever Moon made an optimistic promise. As preparation for such major promotional events takes quite a long time, the Blue House could not have foreseen the rapid surge in daily cases when it first planned the event. The presidential office must have panicked when the number skyrocketed, yet pushed forward with the show believing there won’t be a major crisis.

On Dec. 16, Moon’s spokesperson Park Kyung-mee issued an apology on his behalf. “During the course of the step-by-step restoration of our daily lives, we failed to restrain the increase of critical patients and our preparation to secure hospital beds was not enough,” Moon was quoted as saying. “I apologize for toughening the social distancing rules again.”

Moon does the glorious PR activities himself, but it is his spokesperson’s job to announce the public apology. Although the public health authorities and medical community repeatedly recommended social distancing measures be tightened again as new cases soared, Moon reportedly showed strong opposition. 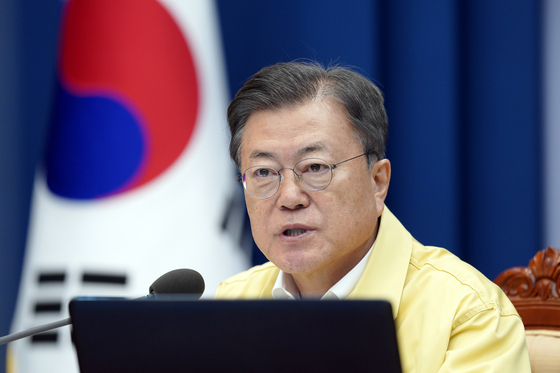 President Moon Jae-in speaks at a meeting at the Blue House with his aides and health ministers to check the government’s social distancing measures on Nov. 29. [JOINT PRESS CORPS]


On the day when Park announced the apology, Moon’s New Year’s greeting cards were delivered. “We wore face masks for two years, but because of the people’s cooperation, we were able to climb the stairways of hope to restore our lives,” he wrote. The cards were printed before the government announcement of its decision to tighten distancing measures again. That shows how strongly Moon opposed reversing his decision to relax the measures until the last minute.

It is unclear why Moon opposed the reversal — whether he was too eager to accomplish the restoration of our daily lives during his term or whether he worried about the possibility of the self-employed turning against him and his party losing votes in the March 9 presidential election. No matter what his side of the story was, it was clearly a critical misjudgment. Come to think of it, Moon should have canceled the PR event on Nov. 21 and seriously considered reinforcing distancing measures. If he had done so, hundreds of people would still be alive.

In April, Moon created the new post of presidential secretary for disease control and prevention affairs in the Blue House and promoted Ki as the “best expert” on the matter. She is facing fierce criticism for her lack of accomplishments. Lee, the state affairs monitoring officer, was indicted for abuse of power for intervening in the 2018 Ulsan mayoral election, but the Blue House has been protecting him, saying Lee, a medical doctor, needs to play an important role in fighting Covid-19.