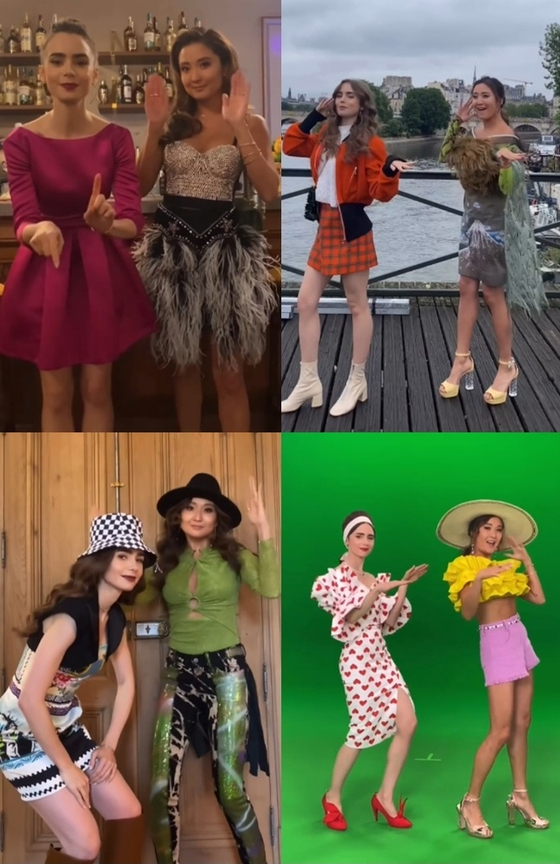 Actor Lily Collins, who is currently starring in Netflix's hit series 'Emily in Paris,' uploaded a post of her performing the ″Any Song″ dance challenge with co-star Ashley Park on her Instagram Thursday. [INSTAGRAM]


Lily Collins, who is currently starring in the hit Netflix series “Emily in Paris,” took part in singer Zico’s “Any Song” challenge.

Collins posted a video of her dancing along to the choreography of “Any Song” (2020) with her co-star Ashley Park, who is of Korean descent, on her Instagram on Thursday.

The video has already garnered over a million likes.

Zico commented on the post with the flame emoji, writing “OMG.”

Zico debuted in 2011 as a member of boy band Block B and launched his solo music career in 2014.