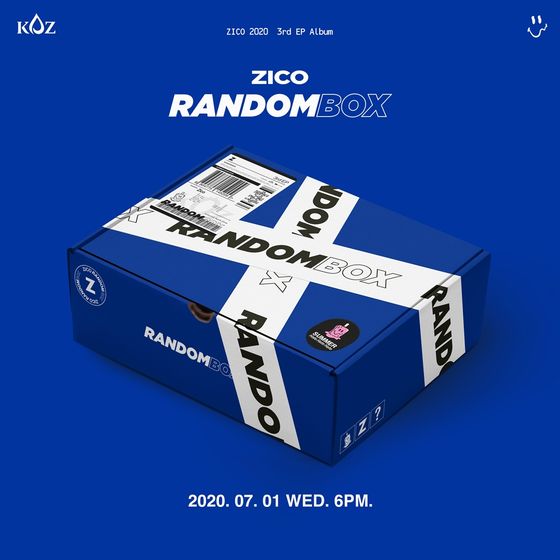 Producer Zico's new EP "Random Box" will drop on July 1, six months after he stormed local music charts with his mega hit "Any Song" in January.

According to his agency KOZ Entertainment, Zico's "Random Box" will feature six tracks, including the lead "Summer Hate" as well as the winter hit "Any Song," along with four new songs.

For "Summer Hate," veteran singer Rain lent his vocals as the featured artist, upping fans' expectations for the collaboration between two of the hottest males stars in the industry.

As usual, Zico wrote all the songs by himself, and also took part in directing the overall theme of the album such as the visuals and the concept.

"'Random Box' will carry the hottest songs for the summer and is expected to bring hit after hit," the agency said.

Getting signed by KOZ marks a new dawn for singer DVWN

For winners of 'Phantom Singer 3,' La Poem, this is just the beginning