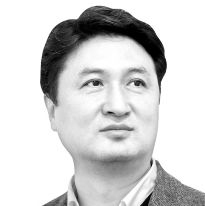 The author is a professor in the department of political science and international relations at Seoul National University.


The tech hegemony conflict between the United States and China has escalated. Tech has gained security value as artificial intelligence, robotics, big data, mobile, cloud computing, simulated internet, virtual reality and 3-D printing can define future national competitiveness. Tech competition between the two superpowers now has geopolitical significance. The notion of digital geopolitics has been most exemplified over the dispute over 5G wireless technology.

The United States slammed an import curb on Huawei to contain the Chinese tech company’s global expansion through its domination of 5G equipment, citing a security threat. Washington argued that data and information which can impact U.S. national security can be leaked through a backdoor on Huawei products.

Tech conflict on security grounds has extended to chips, CCTV, drones and social media services. The protectionist move is feared to bring havoc to the global supply chain built through globalization. The United States is out to contain any further tech advance by China through the Anglosphere intelligence Five Eyes alliance comprising of Australia, Canada, New Zealand, Britain and the United States. The U.S.-China contest will stretch to the high-tech defense sphere.

The third U.S. containment strategy outline in 2014 was designed to advance defense capabilities in future warfare. Establishment of the Joint Artificial Intelligence Center (JAIC) in 2018 was the centerpiece. The office is responsible for transforming the U.S. joint warfighting and departmental process through the integration of AI and empowering AI operational and technical services in defense. In August, the U.S. Army Futures Command laid out research projects on AI and smart systems until 2026.

China has not been sitting idly. To modernize weapons in its contest with the United States, China has been engrossed in AI-enabled autonomous weapons systems. By taking advantage of AI technologies in the private-sector, China has been racing to narrow the gap with the United States. It thinks it could have a better chance in challenging in AI-backed future warfare than it does in the traditional sky, ground and sea battlefields.

China has been exploring AI applications to weaponry development since 2017. In the 19th Congress of the Communist Party of China (CPC) in October that year, President Xi Jinping stressed the importance of digitalizing and advancing economy, society and defense through AI technology. It is believed to be developing AI weapons for remote and autonomous kill capabilities across the skies, sea and ground.

China surprised U.S. intelligence by testing out a nuclear-capable hypersonic missile in August that cannot be detected as it can fly at lower altitudes at more than five times the speed of sound. Washington policymakers fear the possibility of China’s fast defense advance becoming a game changer in future warfare. General Mark Miley, chairman of the Joint Chiefs of Staff, found the suspected test of a hypersonic missile system “very concerning” and almost like a “Sputnik moment.”

China has been promoting private military companies since Xi came to power in 2013 to seek progress in national defense and economics and build up combat capabilities and productivity through restricted resources.

The United States has been enhancing sanctions on exports of dual use technologies through various executive orders, including the Export Control Reform Act in 2018 and the Strategic Competition Act enforced this year. The Biden administration has been expanding sanctions to China’s private companies amid blurry boundaries in the military and civilian sectors in the country. Biden expanded the Trump order by banning investment in 59 Chinese companies in the areas of nuclear, aerospace, petrochemicals, chips and surveillance.

National security is now a major part of the tech contest between the United States and China. Cyber and data security and security risks from supply chains, AI-enabled weapons, quantum technology employment in defense and hypersonic missiles all create new security issues. Their contest has expanded to influence trade restrictions, alliance and multinational diplomacy, norms and values. Digital geopolitics are turning complex, and pose new challenges to Korea.