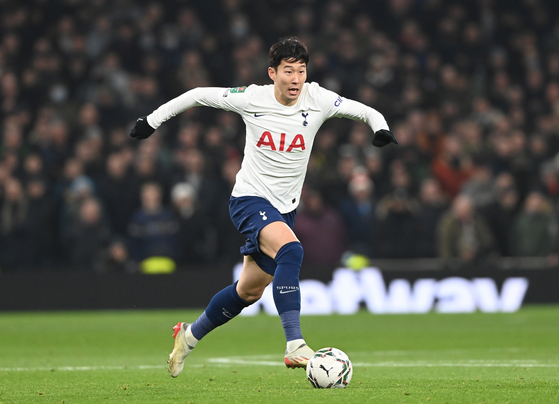 Spurs and West Ham both put on a show under the lights on Wednesday evening, with a close-fought game that could have gone either way.

The result will come as some consolation for manager Antonio Conte, who saw his route to another cup unceremoniously shut off on Monday, when UEFA rules that Tottenham forfeited a group round game in the Europa Conference League after canceling a fixture due to a Covid-19 outbreak in the squad. The forfeiture knocks Spurs out of the competition, although the club may attempt to legally challenge the decision.

But in the Carabao Cup, Spurs' hopes are still very much alive.

Steven Bergwijn, making his first start since Conte took the helm, opened the scoring in the 29th minute. West Ham were quick to reply, with the equalizer from Jarrod Bowen coming just three minutes later. Tottenham struck back immediately, with Lucas Moura hammering home a pass from Bergwijn in the 34th minute.

That five minutes of goal scoring action was it for the game, with neither side able to break through before full time, leaving Tottenham with a 2-1 win and a ticket to the semifinals.

The game proved decisive for Bergwijn, who still needed to prove himself to Conte before the transfer window opens in January. The Dutch footballer clearly made his presence felt with a role in both goals on Wednesday, leaving the pitch in the 61st minute for Korean striker Son Heung-min.

Son's start on the bench was likely to rest him after a busy weekend game against Liverpool. His 20 minutes on the pitch were largely uneventful, although like the rest of the squad he played a role in stopping West Ham from breaking through with an equalizer.

Tottenham will be back in action on Dec. 26 with another London derby, this one a Premier League game against Crystal Palace.