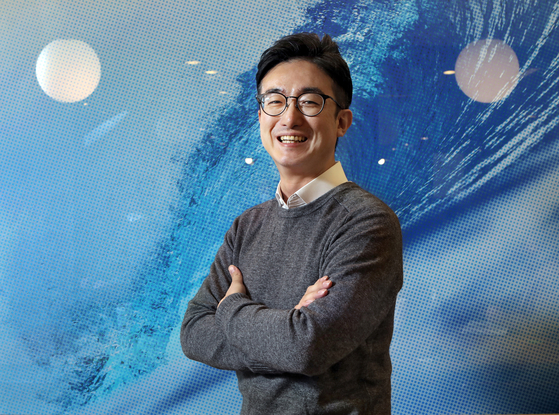 Kong Jun-sik, CEO of Supercent, explains why hyper-casual games have a potential role in the metaverse race to the Korea JoongAng Daily at the company's office in southern Seoul. [PARK SANG-MOON]


Dramas to games, games to webtoons and webtoons to films — the content remake cycle is quickly becoming the norm in Korea's media market.

Earlier this month, local game developer Supercent said it will be turning the series into a hyper-casual mobile game within the first quarter of next year.

A hyper-casual mobile game is a game so easy to learn that users don’t need separate tutorial sessions, as opposed to action games that take days to get acquainted with. Popular examples include Angry Birds, Temple Run and Candy Crush.

The idea is not that well known in Korea, but holds the biggest potential in the future gaming industry, according to Kong Jun-sik, CEO of Supercent.

“The entry barriers to hyper-casual games are so low that anyone can learn the rules even if they’ve never played a game in their life,” said Kong. “This means that it holds the largest potential user base of any game genre in the world. In fact, hyper-casual games have been downloaded over 12 billion times as of 2020.”

Kong started his career in games in 2008 at J-Interactive, a subsidiary of NCSoft, as a marketer for the company’s casual games. He joined game developer SundayToz in 2013 as the product manager of Anipang, the hyper-casual puzzle game that swept the country when it was released in July 2012.

Though underrated in Korea, Kong sees the future of hyper-casual games in the metaverse and non-fungible tokens (NFTs) — the two buzzwords in the global tech arena — and Supercent is ready to jump into the race as a serious contender.

Kong sat down with the Korea JoongAng Daily to discuss the future of Supercent and its potential to lead the metaverse race. The following are edited excerpts. 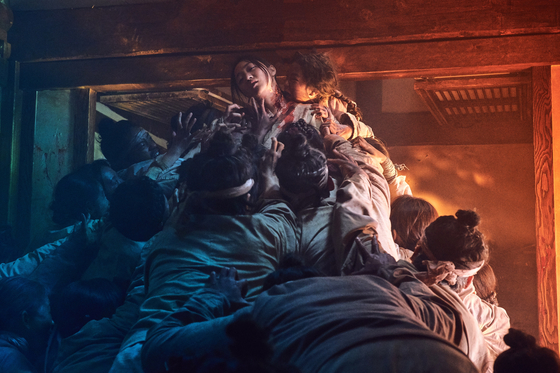 Q. Please elaborate on the new game based on “Kingdom.” What will it be like and who is the main target audience?


A. The new game will be more about enjoying the memorable scenes from “Kingdom” through easy-to-play mini games, rather than reenacting the drama’s whole narrative. There will be one main game that will take the players from one stage to the next, but there will be smaller games mixed in with the overall mission.

For instance, there is a scene that starts the second season of “Kingdom,” where a battle takes place at Unpo Swamp and the soldiers retreat through a canal. The battle where the soldiers are trying to fight off the zombies will be designed like a tower defense game, while the retreat will be turned into a puzzle-like game.

We’re trying to provide a diverse range of games so that the drama’s fans can relive the story through various formats. Hyper-casual games are for non-gamers rather than hardcore game players. There are people who look for light-weight games they can play during their daily lives, like taking public transportation, and that’s who we’re targeting.


Why do you plan to target non-gamers with a game?

The reason that hyper-casual games are growing globally is because their main demographic is millennial and Generation Z users. These young people are comfortable online and like to consume short videos they see on Instagram Reels, YouTube Shorts and TikTok.

The growth trajectory of the aforementioned services and that of hyper-casual game are the same. Both started seeing a surge since 2018 and both make the most of their revenue from in-app ads. And because these audiences are growing in two-digit rates all over the world, we plan on releasing the game worldwide, where it has the potential to reach out to all of them.

The hyper-casual game genre is underrated in Korea, because it’s quite underrated among Korean gamers. But it’s still vastly popular around the world and we see ourselves competing not with hardcore games, but short-format video platforms like TikTok that are also increasing in popularity in the global media market. 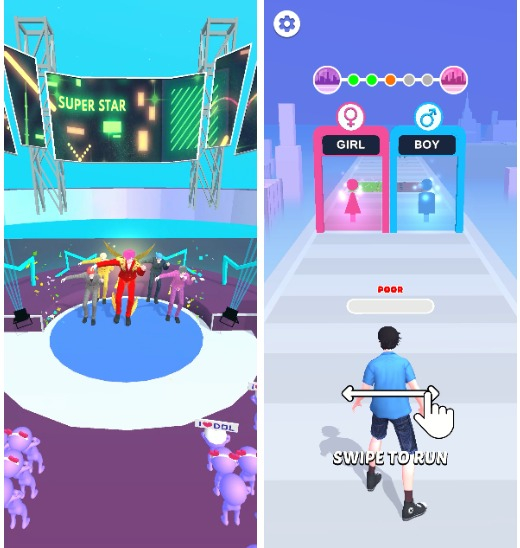 What are your goals for the upcoming game?

What we plan is to bring back the fans’ interest in the series right before a new season comes out and maintain the trend after the release. “Kingdom” will be the start of a series of new games that we’re going to release using content produced by Astory.

“Kingdom” managed to appeal to a global audience two years before “Squid Game” did. Korean content is leading the global stage and it has the same power to transcend borders as a game does.

We have readily used Korean content to design our games in the past, like dramas and K-pop. We have in our portfolio games such as the K-games Challenges and the K-pop Run games, because we believe that content and games both have great potential that, when combined, becomes even greater.


What was your role at SundayToz?

I initially joined SundayToz as the project manager of Anipang, because back then the company was quite small and there wasn’t a separate position for a marketer.

The first version of Anipang was immensely popular, but it only made its revenue from people spending money on in-app purchases. But I have always been keen on the trends that lead the global game market, and advertising became a fast-growing field since 2018.

I brought the idea of in-app advertising into a casual game for the first time for a Korean game, and Anipang doubled its revenue immediately on the day it was implemented compared to the previous day.

There are mainly three types of advertisements: The video ad that rewards the audience with in-game benefits, the ad played between gameplay, and the native banner-type ads. The target audience and expected return for each format is different, so we were careful to analyze what would work best. 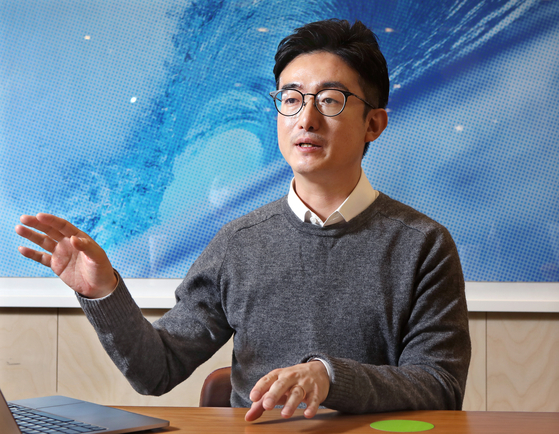 Kong Jun-sik, CEO of Supercent, explains the company's adaptation of Netflix's zombie flick ″Kingdom″ into a casual mobile game to the Korea JoongAng Daily at the company's office in southern Seoul. [PARK SANG-MOON]

You were quick to adopt new techniques in the past. What do you think will be the next trend to lead the future gaming industry?

There are a diverse range of business models in games that are being tried out, such as adopting monthly subscription fees. But in-app purchases and advertising still remain the biggest cash cows. The industry as a whole has its eye set on blockchain-based games using NFTs, but even they still remain an idea without a tangible outcome.

But still, nothing is impossible. When Anipang first launched through the KakaoTalk app, we were bombarded with criticism that said we won’t succeed. In the end, we led a new trend and turned the hardship into an opportunity.


What advantage do you have in the metaverse race?

We have declared from day one of Supercent that we aim to become a metaverse platform.

Supercent’s games are 3-D games and our potential audience is much larger than the games that have heavy users, like shooting games or roleplaying games. If the metaverse market grows, then we have the ability to reach out to a lot of people that are not acquainted with games.

Hyper-casual games are mostly mobile games, but it’s also easy to translate them onto other devices while maintaining the essence of the game. We are most similar to content platforms like TikTok, whose users are young and jump quickly from one platform to another. So it’s easier to attract them.

That’s why companies like Google and Meta are interested in Supercent. The two companies and [mobile security company] Adjust have participated in the hyper-casual game challenge that we started this month.


What do you think Korean game companies should be focusing on to survive the global competition?

Marketing is crucial. All games need to prioritize marketing.

The quality of the game is undoubtedly important, but it’s no use if they can’t reach out to game players — especially with so much competition from all over the world. There are so many games and companies need to market their games well to make sure that the gamers know who they are.

Many global IT and game companies are investing aggressively in marketing by acquiring advertising companies or data companies. Korean game developers need to develop a steady network in the global market to make sure they have a firm footing.