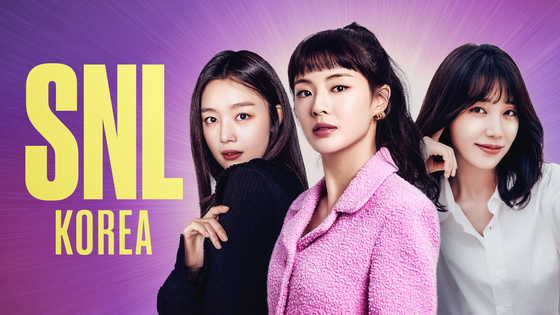 Han Sun-hwa, Jung Eun-ji and Lee Sun-bin will appear on the third episode of season 2 of SNL Korea, scheduled to air on Jan. 8.

All three actors have individually appeared on "SNL” as guest stars.

New episodes of “SNL Korea” are available every Saturday at 10 p.m. on the streaming platform Coupang Play.

“Work Later, Drink Now” is a Tving original series based on the webtoon of the same name. It centers around the friendship of three women in their thirties living in Seoul. The series aired from Oct. 22 to Dec. 15.