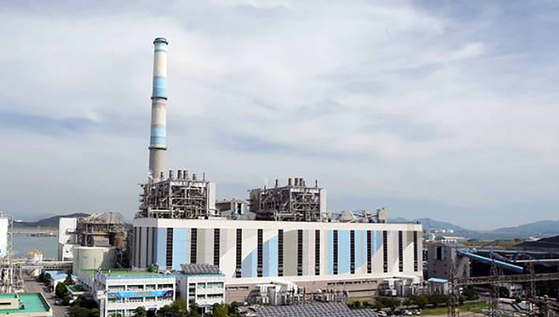 View of the Honam Coal-Fired Power Plant located in Yeosu, South Jeolla. The Ministry of Trade, Industry and Energy on Tuesday announced that Korea’s oldest coal power plant will be permanently shut at midnight on Dec. 31. Once the power plant is decommissioned, the Moon Jae-in government will be able to keep its promise of turning off 10 coal power plants during its term. The power plant, built in 1973, started off as a heavy oil thermal power plant. It was transformed into a coal-fired power plant in 1985 as a part of the government’s policy to diversify fuel supply. The is rated at 500 megawatts. [KOREA EAST-WEST POWER CO.]