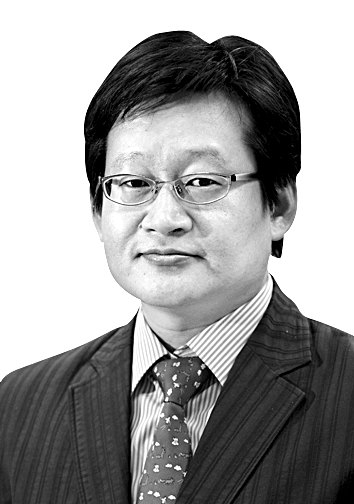 
“A tiger is coming down, a tiger is coming down,” goes a song by Korean band Leenalchi, which is inspired by folk music. The song has given the band global social media stardom with its exquisite mix of a groovy dance beat using traditional rhythms. “Tiger is coming” could be the theme song for the South Korean economy in the coming year of the Tiger.

The calendar for the year 2021 is packed with pivotal elections, with votes to elect our next president in March and local government and district heads in June. Rival candidates for the presidency are touting competing populist platforms. They are raising the stakes — 50 trillion won ($42 billion) to 100 trillion won — to help the self-employed and merchants whose year-end businesses have been ruined by the government’s toughened social distancing restrictions. But how do these candidates plan to pay for their plans?

They would sell whatever can buy votes. Both the conservative and liberal fronts know no shame. The conservative candidate promised an umbrella union group to back its platform of seating labor representatives on the boards of public corporations. The ruling front endeavors to reverse the real estate policies of the Moon Jae-in administration to appease taxpayers. Their half-baked ideas are only adding confusion to public policies.

Turkey is setting new standards for populism. Its president Recep Tayyip Erdogan vows to control inflation by lowering the interest and exchange rates. His unorthodox argument that high interest rates fan inflation stems from his ambition for a lengthy rule through stimuli. He has replaced three central bank heads who refused to comply with a monetary policy incongruous to the global trend. The Turkish lira has crashed as a result. Inflation has worsened due to low interest rates and a depreciated currency. Turkey shows the disastrous consequences of governing an economy on political instincts.

The sustainability of public finances could be another tiger. On the Ministry of Strategy and Finance website, there is a bulky 233-page report listing 36 economic achievements of the Moon administration. The report praises the government for achieving growth, fairness, innovation and engagement over the last five years. It brags about 36 achievements in the areas of macroeconomics, innovative growth, inclusive growth, and structural reform.

The report requires excruciating patience from readers. I stopped at the seventh achievement — maintaining the health of public finances — because my forbearance could not withstand such self-glorification.

Past administrations also claimed economic achievements by the end of their terms. But this administration has gone overboard. If it had a minimum amount of decency, it should have appreciated past bureaucratic efforts to protect fiscal health so as not to leave a financial burden to the current administration in its battle with the Covid-19 pandemic.

The KDI also prescribed stronger reliability in sustainable public finance management. Even a state think tank is concerned about the profligacy of the Moon administration. It recommended some binding guidelines on fiscal management through a public consensus to contain the sharp rise in national liabilities.

Unpredictability is another danger in the new year. In its latest issue, the Economist said that the pandemic has left a legacy of “predictable unpredictability” behind. Though it seems a play on words, the magazine has a point. The journal’s prediction for next year seems to be off track in some areas. It expected the virus to become an endemic disease in some underdeveloped countries with less access to vaccines. But the pandemic is in full swing again across developed countries after a new variant appeared.

Most domestic and foreign institutions agree that the Korean economy will slow down next year from this year’s rebound of approximately 4.0 percent following a steep contraction in the first year of Covid-19. The administration is most sanguine by projecting 3.1 percent growth for next year. The Bank of Korea, KDI, and the Organization for Economic Cooperation and Development predict 3.0 percent growth while private institutions like the LG Economic Research Institute and the Hyundai Research Institute project 2.8 percent. Since global economic growth will slow, the trade-reliant Korean economy will naturally be affected.

Various challenges can further slow the economy. Monetary tightening in the U.S. is expected to cause a less serious tantrum in emerging markets. But international financial markets can always change regardless of our wishes and efforts. The health of public finances in emerging economies differed by their responses to Covid-19. The government and individuals must tighten their belts as they will face the tiger.