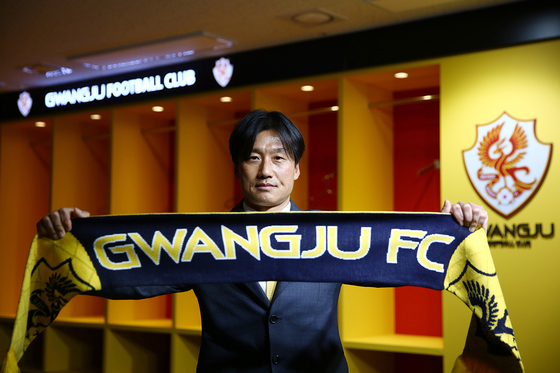 
Gwangju FC named Lee Jung-hyo as their new coach after sacking their previous coach, Kim Ho-young, following an unsuccessful season that saw the club finish at the bottom of K League 1 and fall to the second division.

Gwangju finished this season at the bottom of the standings with 10 wins, seven draws and 21 losses, six points behind second-to-last Gangwon FC who managed to stay in the first division league after two playoffs against K League 2 runner-up Daejeon Hana Citizen. Gimcheon Sangmu topped the K League 2 standings this season and will play in the top tier next season.

Gwangju FC were founded in 2010, and after playing their first K League season in 2011 that saw the club finish in 13th position out of 15 clubs, they were relegated to the newly made second-tier league, the K League Challenge.

This year is Gwangju FC’s third relegation to the second division league. Having sacked Kim Ho-young on Dec. 15 following the club’s relegation, Lee — who had played on the K League 2 club Busan IPark, called the Pusan Daewoo Royals from 1998 to 2008 — will take the helm.