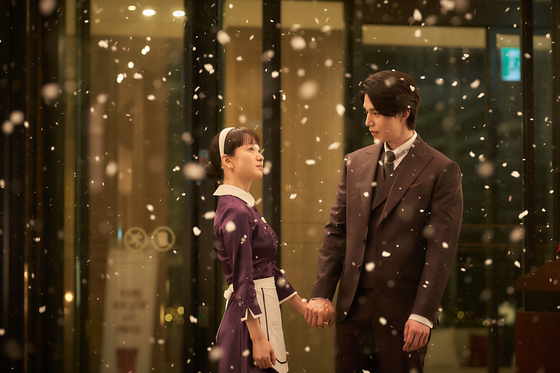 Actors Won Jin-A, left, and Lee Dong-wook as Yi-young and Yong-jin, an aspiring musical actor and hotel CEO who fall in love in "A Year-end Medley."[CJ ENM, TVING]


Director Kwak Jae-yong behind romantic classics such as “My Sassy Girl” (2001), “The Classic” (2003) and “Windstruck” (2004) is back with another romance film. “A Year-end Medley” is centered on seven couples who gather at a hotel called “Emross” at Christmas time.

The film was released on Dec. 29 in both local theaters and on OTT (over-the-top) platform Tving, and reviews have likened the story to the Korean version of “Love Actually” (2003). The cast features an array of stars including Han Ji-min, Lee Dong-wook, Kang Ha-neul, Lim Yoona, Won Jin-A, Lee Hye-yeong, Jung Jin-young, Kim Young-kwang, Seo Kang-jun, Lee Kwang-soo and Lee Jin-wook. 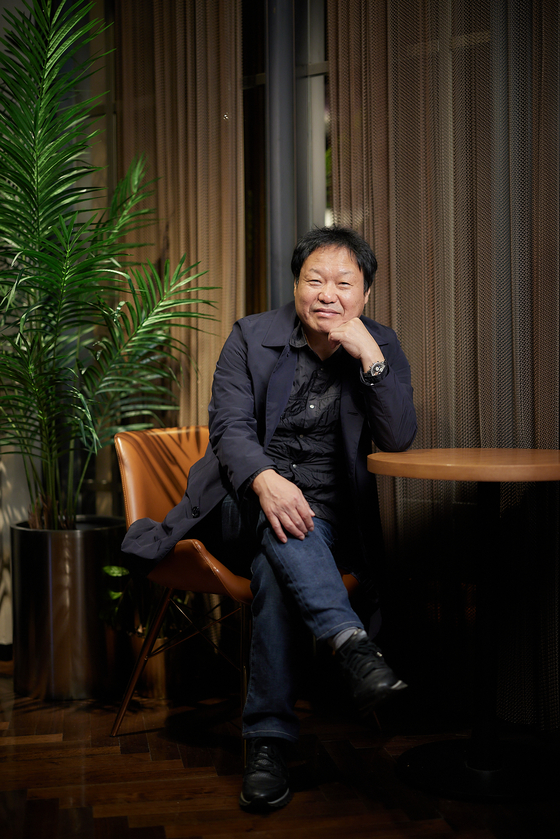 
During an online interview with the Korea JoongAng Daily on Thursday, Kwak said that coordinating the schedules of such a large cast was one of the most difficult factors in making this movie.

“As we were casting the actors as they appeared chronologically, sometimes the schedules would change and get mixed up during the process,” Kwak said. “So it was very crucial that actors kept their place in the cast until the filming wrapped, and I’m so grateful for the actors that did. Especially actors such as Lim and Kang who were cast early on in the production process — they had other schedules too, but they stayed until the very end [of the filming].”

Balancing the romantic relationships between seven couples also caused some difficulty. In particular, Kwak referenced scenes between Yong-jin (played by Lee Dong-wook) and Yi-young (played by Won) and Seung-hyo (played by Kim) and Young-joo (played by Ko Sung-hee).

“There was a deleted scene that really brought out the charm of Lee Dong-wook,” Kwak said. “As Yong-jin and Yi-young got closer, there was a scene where Yi-young [who is an aspiring musical actor that works as a cleaner in the hotel] practices dancing and singing in an empty reception hall. Yong-jin [the hotel’s CEO] sees her and that’s the moment when he falls in love with her, and dances along to her music. I actually pressured him to dance even better than Hugh Grant in ‘Love Actually.’ He really did his best, and it was a shame that scene was edited out.

“I also feel apologetic to Ko,” he continued. “The premise of her character is that she is a pianist but there wasn’t a scene [that made it into the movie] where she really showed off her profession. She practiced really hard, but during the editing process we thought that it was slightly out of the theme [of romantic relationships] and actually loosened the plot, so it got deleted.”

For some audience members, the film might feel similar to previous end-of-the-year holiday films such as “Marriage Blue” (2013) and “New Year Blues” (2021), but Kwak emphasized that he did his best to differentiate “A Year-end Medley” from other cliched Christmas movies.

“I thought of this film as one that contains seven different romantic dramas,” he said. “I heard some reviews that the story uses many clichés related to the genre, but there are also many distinct, but empathetic moments that I put in this film. For instance, when So-jin [played by Han] confesses her love for her newly-wed friend Seung-hyo in the elevator, or the way each couple confesses their love differently to each other. Maybe they are types of clichés [that we’ve seen before] but I believe that the story deviates from previous romance films in a way that audiences will feel more empathetic [toward the characters].” 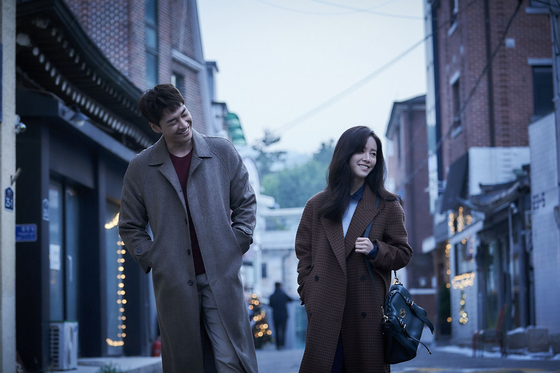 Actors Kim Young-kwang,left, and Han Ji-min as long-time friends who once secretly had a crush on each other. [CJ ENM, TVING]


The director said he was abundantly influenced by his daughter in her late 20s, especially regarding the love triangle between So-jin, Seung-hyo and Young-joo. So-jin and Seung-hyo have been friends for over a decade since meeting in college, and she has been trying to muster up the courage to confess her feelings to him when he one day announces that he’s getting married.

“We [my daughter and I] almost fought when we were discussing the script,” Kwak said. “We went to the brink of getting red in our faces (smiles). She was definitively on the side of Young-joo, which I didn’t understand at first, because I gravitated toward the perspective of So-jin, since she is our protagonist. I thought it would be better if Seung-hyo also revealed his emotions at some point in the story and share with So-jin when he had feelings for her. But my daughter really put her foot down on that one. She said that it would be unacceptable. She was like, ‘think of me as Young-joo, and how would you feel if my fiancé confessed his feelings for someone else?’ I would retort back, ‘but the protagonist here is So-jin!’ And we would argue back and forth [regarding the love triangle].”

“A Year-end Medley” has also received praise for its casting and how each actor seemed to be perfectly suited to their respective roles. Kwak, who’s been in the film industry for over 30 years, has a knack for drawing out the best of each actor in his films and making their roles iconic parts of their repertoires, for example Jun Ji-hyun in “My Sassy Girl” and “Windstruck” and Son Ye-jin and Cho Seung-woo in “The Classic.” 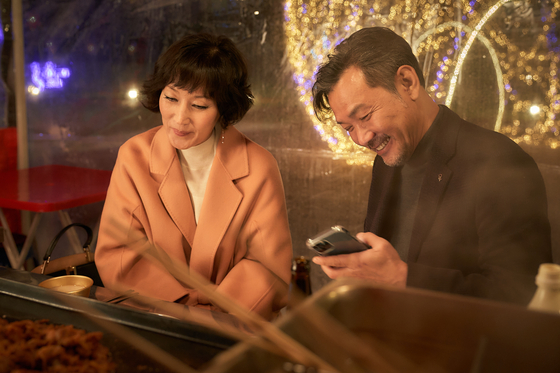 Actors Lee Hye-yeong and Jung Jin-young as Catherine and Sang-gyu who were once lovers and find each other again decades later. [CJ ENM, TVING] 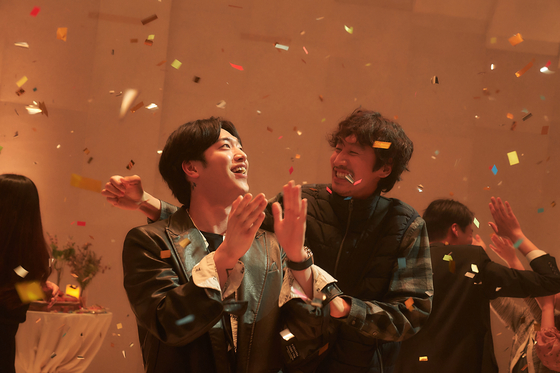 The film also depicts a friendship between a star and a manager, portrayed by actors Seo Kang-jun, left, and Lee Kwang-soo. [CJ ENM, TVING]


“I was looking through the reviews yesterday and one of the best things I saw was ‘who could depict Lee Hye-yeong as this adorable being if it wasn’t for Kwak Jae-yong?’” he said. “I think that’s [one of] my strong points. I observe the actor and try to find what makes them attractive. Sometimes if things go wrong and we clash on the interpretation of the character, the relationship between the director and the actor can get frosty. Sometimes the actor wants this but the director doesn’t, or the other way around. As for me, I don’t think I’m the type who has an iron-clad will to see something through as a director. I quickly give up on things that cannot be helped and try to find something else in the actor. Actors each have different charms, and I do not believe that they need to push themselves into a role when clearly they feel uncomfortable about it.”