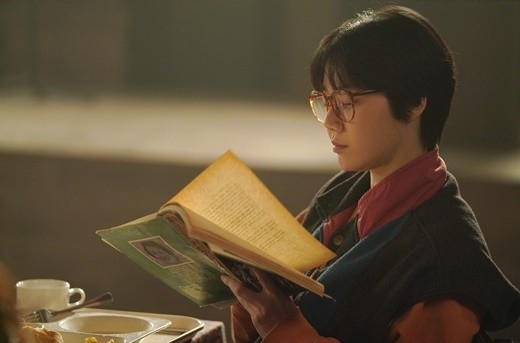 
Late actor Kim Mi-soo’s family held a cremation ceremony on Friday at the Taeneung Seongsim Funeral Parlor in Nowon District, northern Seoul. She was then buried at Haneulan Cemetery in Yangju, Gyeonggi.

The private funeral of Kim, who died suddenly on Jan. 5, was held over three days.

Though Kim is a relatively new face in the Korean media, many foreign news outlets reported her death due to her recent appearance in the drama series "Snowdrop" that is available Disney+.

CNN reported Kim’s death on Jan. 6, saying the “budding TV star and model who appeared in the “Disney+ series ‘Snowdrop’ and Netflix’s ‘Hellbound’ has died at the age of 29.” Tabloids like the New York Post and The Sun also covered Kim’s sudden death.

Kim’s character in “Snowdrop” is student activist Yeo Jung-min who shares the same dorm room with Young-ro, the female protagonist played by Blackpink member Jisoo. In “Hellbound,” Kim played a deacon named Young-in, one of the members of the cult-like New Truth Society.

Kim’s agency Landscape Entertainment refrained from disclosing the cause of her death and asked the media and the public not to “make false rumors or speculation so that the family can mourn in peace.”

Actor Kim Seon-ho apologizes for pressuring ex to have abortion