Luxury buyers are getting younger, not only in Korea but globally.

The proportion of luxury consumers born in the late 1990s and 2000s, otherwise known as Gen Z, doubled last year and came in at 17 percent, up 9 percentage points from 2019, according to a Bain & Company report. Millennials, people born in the '80s and mid-'90s, took up almost half of the total worldwide with 46 percent, up 12 percentage points from the previous year.


The consultation firm estimated that in 2025, seven out of 10 luxury buyers will be under the age of 40.

In order to get a better understanding of their broadening consumer base, luxury brands are adapting a concept called "persona" to better visualize their customers, instead of categorizing their clients with general demographics such as age and gender.

When setting up a persona, the company makes a fictional character representing its target customers, combining multiple identity factors such as gender, age, nationality, economic status and hobby.

“The new generations are extremely diverse in their composition,” Claudia D’Arpizio, partner at Bain & Company, said in an interview with media outlet Fashion Network, explaining that the persona of key target consumers now is completely different from in the past.

Then what exactly comprises a persona in the luxury market?


“We concluded at our year-end meeting that the luxury goods industry cannot survive without the younger generation, the internet and a progressive brand identity,” said an industry insider at a French luxury brand operating in Korea, who wished to stay anonymous.

The "younger generation" refers to those in their late teens up to those in their 30s, while “the internet” here signifies the digital experience in both online and offline market platforms. The “progressive brand identity” includes the corporate image of eco-friendliness, embracing diversity and keeping ethical business practices.

The Bain & Company report suggested that the most notable buyer personas included “young urban Chinese,” “American next gen” and “equality warriors” in the generation category; “historically excluded” and “women [from the mid-income class]” in terms of culture; and “Chinese female leader” and “high tech worth” for the social aspect.

However, those categories are not mutually exclusive, as a person can have more than one persona. 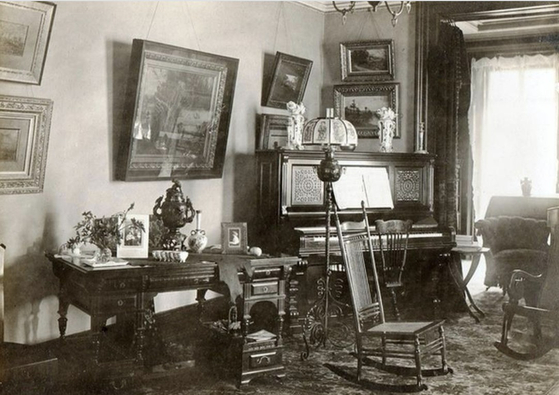 In the Victorian era, British people placed the most expensive furniture near the window through which neighbors can peek in. [JOONGANG PHOTO]


People put on different personas depending on the situation, oftentimes to leave a certain impression on others. In the 19th century, for example, British families used to place their fanciest furniture near the windows where neighbors could peek in, and the phrase “Sunday best” refers to a person’s best clothes worn on special occasions such as going to church on Sunday.

Persona has recently become much more diverse. Moreover, the “revenge spending” trend — impulsive spending driven by the frustration of missing opportunities due to Covid-19 —, the flood of information online, the expansion of secondhand luxury platforms and the growing tendency to make purchases for personal satisfaction led to the rise demand for luxury goods. Some people even purchase luxury items on the metaverse to express their luxurious persona online.

Consequently, the luxury industry is diversifying its price range in a bid to meet the different needs of a now wider pool of customers.

“While traditional luxury products used to be only for the few, most wealthy people, and those with an average income preferred affordable and practical products, now even teenagers and young people in the early stages of their careers are target customers for luxury brands,” Jeon Mi-young, a researcher at Consumer Trend Center at Seoul National University said.

Jeon described the phenomenon as the “democratization of luxury.”

“Even the most prestigious brands will not be able to survive if they are slow to understand the diverse and intricate personas of the people.”