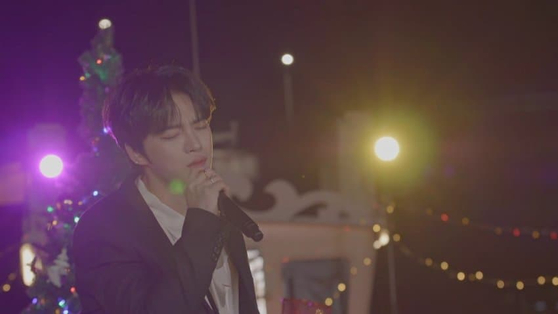 Jan. 23: Singer Kim Jae-joong, who is a member of K-pop boy band JYJ, will be holding an online concert on Jan. 23 to celebrate his birthday with his fans. Kim has been hosting “J-Party” since 2015. The upcoming “party” will showcase Kim’s performance and also be chance for fans to virtually meet the singer.

After purchasing a ticket, a link to the online show will be provided.

The online concert will have English and Japanese subtitles. Kim’s label CJes Entertainment have stated that recording the online concert is illegal and that it will take legal action against those who do so.

Jan 21 – 23: Boy band SF9 will be holding a three-day concert at Olympic Hall in eastern Seoul. The concert will also be streamed online for those who can’t make it in person.

Titled “Imperfect,” it is the band's first offline concert in two years and five months, following its “Unixerse” concert in 2019. SF9 recently dropped a digital single titled “Savior.” According to the label, members Youngbin, Zuho and Hwiyoung participated in writing the lyrics of the song, which is about protecting a loved one from darkness and promising a brighter future.

The concert will only be open for those who have been fully vaccinated, or those with a 48-hour negative PCR test result.

The concert on Friday begins at 8 p.m. Saturday and Sunday concerts will begin at 6 p.m.


Jan. 29 – Feb. 2: For the upcoming Lunar New Year holidays, the National Dance Company of Korea will be staging its new year repertoire “New Day.” The performance showcases an array of Korean traditional dances including “Aekmaki which is a dance performance inspired by an ancestral ritual held on Lunar New Year’s Day.

Korean production of ″Billy Elliot″ is back on stage for the first time in four years. [NEWS1]


Feb. 5 – 6: Boy band Golden Child will be holding an offline concert titled “Play.” It’s the band’s second solo concert after “Future and Past” held in January 2020. During the concert, the band will be showcasing various songs it has released since its debut in 2017. According to its label, the 10-member boy band will soon make a Japanese debut by releasing a Japanese single “A Woo!!” on Jan. 26.

Through Feb. 12: Kim Dong-yeon, who has created a range of hits in diverse genres, wrote and directed “Fantasy Tale” and premiered it in 2003.

Through Feb. 13: Presented as a pure sexual fantasy for women, “Mr Show” is an R-rated show, which is off-limits to men. The male performers are clothed in various outfits — from dress suits to underwear. The organizing agency launched the show in 2014, explaining that “Mr. Show” has been produced for today’s Korean women, who need a place to release their stress.

The show begins at 8 p.m. on Mondays and Thursdays, at 3 p.m. and 8 p.m. on Wednesdays and Fridays, and at 2 p.m. and 6 p.m. on weekends and public holidays. There are no shows on Tuesdays.

Through Feb. 20: Based on Mary Shelley’s 1823 novel of the same name, this musical produced in Korea adds new characters and creative plot twists to the classic monster tale.

The musical is set in 19th century Europe and centers on the efforts of Swiss scientists Victor Frankenstein and Dr. Henry Dupre to create a fearless, immortal soldier.

Through Feb. 27: The Korean production of a hit musical “Rebecca” is back in Seoul. 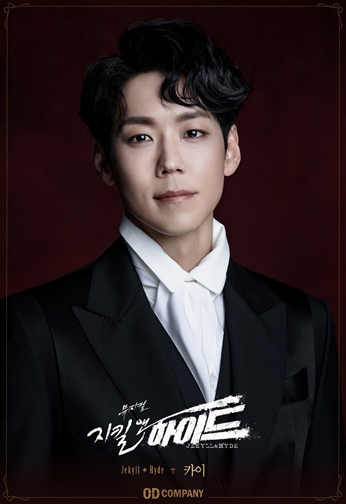 Musical actor Kai has been newly added to the cast for Dr. Henry Jekyll and Edward Hyde. [EMK MUSICAL COMPANY]

Through May 8: Popular musical “Jekyll and Hyde,” which tells the tale of an epic battle between good and evil, has been loved in Korea since its first performance in 2004.  The cast includes Ryu Jeong-hwan, Hong Kwang-ho and Shin Seong-rok in the roles of Dr. Henry Jekyll and Edward Hyde, and Yoon Gong-ju and Ivy Seon-min for the role of Lucy Harris. EMK Entertainment, the show’s production team recently added musical actor Kai in the cast for Dr. Henry Jekyll and Edward Hyde. He will begin performing from Feb. 25.

Until this month, evening performances will begin at 7 p.m. There are additional performances on Wednesdays at 2:30 p.m. and at 2 p.m. on weekends. There are no shows on Mondays.