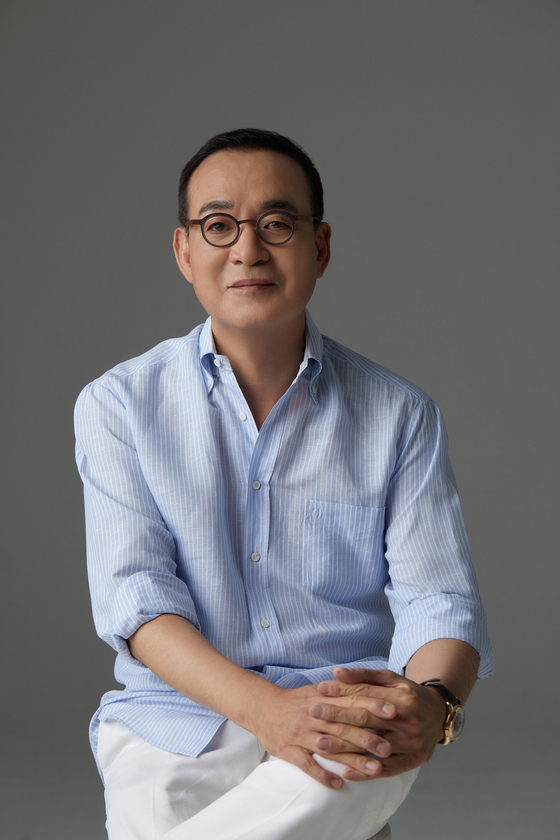 
One-point-five-generation Korean-American from Pyeongtaek, Gyeonggi, 58-year-old Chu Sei-hoon, otherwise known as Lenny Chu, is the epitome of the American Dream.

He founded Lenwich, a multi-million-dollar sandwich brand with 20 stores in the United States. It earns $50 million per year and sells some 4 million sandwiches annually.

He is also one of the owners of the Milwaukee Bucks, a National Basketball Association (NBA) team. Chu is the first Korean to own part of an NBA team.

After seeing impressive success abroad, Chu is drawing a full circle back to his native country this year by launching Lenwich in Korea.

The first location officially opened on April 5 at the IFC Mall in Yeouido, western Seoul.

“I am both nervous and excited to introduce Lenwich and the New York sandwich culture that Lenwich has helped build over the last 30 years, to my home country,” Chu told the Korea JoongAng Daily on March 27.

He plans to launch four more Lenwich shops in Korea by the end of this year. The second shop will be in Mapo District, western Seoul.

This all looks great now, but Lenwich didn't actually have such a glamorous beginning.

Chu’s family of seven immigrated to the United States from Korea in 1983 when he was 19.

The eldest of the five brothers and sisters, Chu worked part-time jobs during the day and attended night school during the evening.

After graduating college, Chu and his younger brother Brian Chu, now 55, were full of hope and ambition, ready to start their own lives in the United States.

“But neither one of us had any special skills,” Chu said. “We ultimately wanted to make our way into the mainstream culture of the United States. And since sandwiches are a common, popular food in the city, we both decided to open a sandwich shop.”

The brothers leased a small space that used to be an old coffee shop in the Upper East Side of New York City in 1989 and opened a sandwich shop called Lenny’s, now known as Lenwich.

Working from 5 a.m. to 9 p.m. every day of the year except Christmas, the brothers were eventually able to establish the brand as one of the city’s iconic sandwich shops. 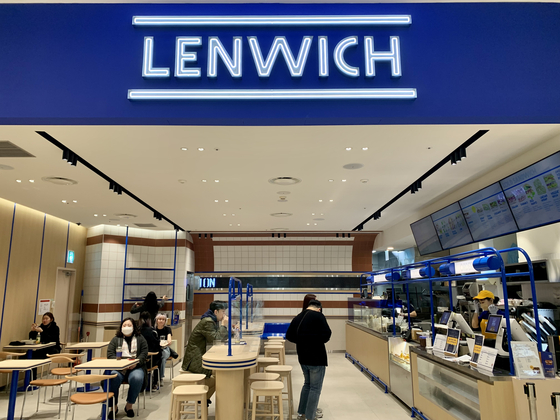 
Now, Lenwich is hoping to see similar success in Korea.

According to Chu, the sandwich market in Korea is relatively limited, especially compared to its close cousin — the burger.

“In Korea, sandwiches seem to be perceived as a healthy food that appeals more to females than males,” said Chu. “On the other hand, the burger market [in Korea] has expanded far beyond the existing franchises.”

He went on to say that the reason sandwiches have not been popularized as much as burgers in the local market is because there are not as many brands and restaurants to choose from when it comes to sandwiches and subs.

“But I believe Lenwich can serve as a new option in the existing sandwich market.”

Chu explained that the key to Lenwich’s success in the United States is its attention to detail and fresh ingredients.

“Lenwich changed the way sandwiches were served by constructing the dish in an open kitchen. Back then, sandwiches were usually made in a closed kitchen in delis and grocery stores. We were confident in our ingredients, so that's why we decided to build an open kitchen. Every part of the sandwich is cooked on the spot, as soon as the order is placed, so that customers can enjoy the best-tasting hot sandwich.”

He added that the company is backed by employees who all consider themselves as “one big family.”

“There are actually quite a lot of workers who have been with the group for 10, 20 years. Because of such manpower, Lenwich has been able to maintain a stable business for a long time.”

Lenwich Korea plans to work with local food banks and donate sandwiches to lower-class children. It has carried out similar initiatives in the United States, such as providing free subs to hospital staff on the frontlines of the Covid-19 pandemic.

But above anything, the key to Lenwich’s growth seems to be Chu’s vision and willingness to take on new challenges.

“I have never hesitated to try new things for a better life,” said Chu.

“Lenwich has satisfied the palates of picky New Yorkers for the last 30 years and established itself as a stable sandwich joint in the city. I believe that now is the right time to try something new and introduce the New York sandwich culture to Korea.”

[CELEB] Tomorrow X Together shows its darker side in new album