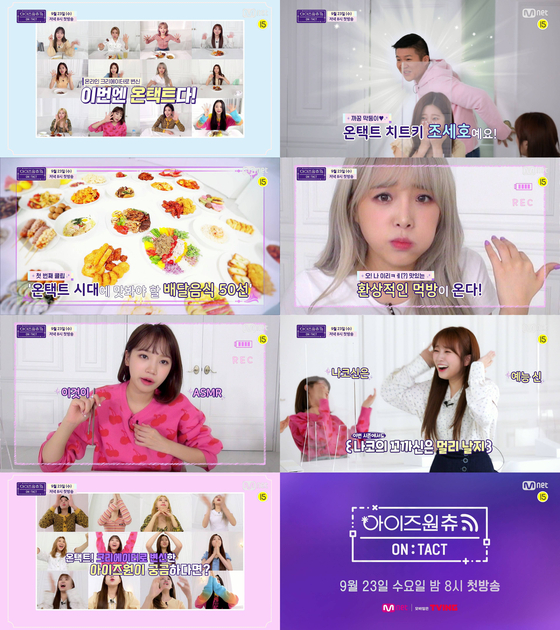 "IZ*ONE Chu-On:Tact," will feature IZ*ONE as online influencers by involving the members in various online activities popular amid the Covid-19 era.

The preview video for the first episode released on Monday shows the members trying out mukbang, which is eating large amounts of food for entertainment. With entertainer Cho Se-ho as a special guest, the 12 members will try out 50 delivery foods popular in the "untact" era.

IZ*ONE released its third EP "Oneiric Diary” in June and topped the iTunes K-pop Albums Chart in 31 regions around the world immediately after its release. The group held its first online concert “Oneiric Theater” on Sunday which ended successfully.